Government negotiators are returning to Cuba, where talks are being held, for a two-day meeting with their FARC counterparts, though talks have not officially been resumed. 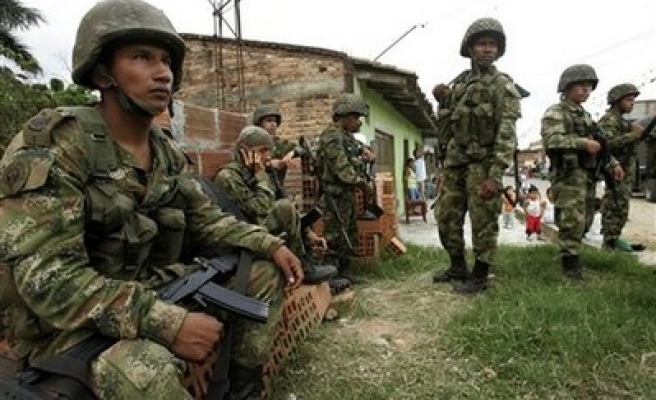 The Colombian general whose brief capture by Marxist FARC rebels prompted President Juan Manuel Santos to suspend peace talks resigned his from post on Monday, saying he should have taken more security precautions.

Santos halted negotiations after the capture of General Ruben Dario Alzate and two companions by the Revolutionary Armed Forces of Colombia (FARC) and refused to resume talks until the three hostages and two other soldiers, taken in a separate incident, were freed.

The two soldiers were liberated last week, while Alzate and his companions, a corporal and a civilian lawyer, were freed on Sunday after a two-week imprisonment.

"For love and respect of our military institution, which has been affected by these events, I have asked the national government to withdraw me from active service," Alzate said in a televised statement.

Government negotiators are returning to Cuba, where talks are being held, for a two-day meeting with their FARC counterparts, though talks have not officially been resumed.

Alzate and his companions were captured on Nov. 16 on their way to visit a wind energy project in the violent coastal department of Choco, the general said.

In an effort to keep a low profile and put community members at ease, Alzate went on the trip in civilian clothes and without his security detail.

"I must recognize that my eagerness to be of service and my love of the people of Choco led me to ignore security protocols which I should have adopted," Alzate, a 33-year veteran of the military, said.

During his imprisonment Alzate was handcuffed and he and his fellow hostages were forced to march for eight hours a day through rough jungle terrain, the general, the highest-ranking military official ever kidnapped by the FARC, said.

The Havana talks are the latest attempt to end Colombia's five-decade war, which has killed more than 200,000 people and displaced millions more.