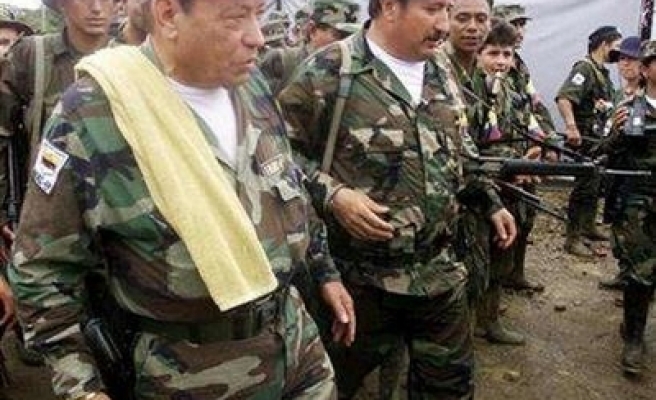 There is growing belief among Colombian authorities that rebel forces are coordinating deadly attacks with criminal gangs against the armed forces and the police to control strategic drug corridors, police said Monday.

In the wake of Sept. 16 ambush that caused the deaths of seven soldiers in the northern department of Cordoba, there has been a war of words that has played out in the media between members of the armed forces, the Ministry of Defense and the Revolutionary Armed Forces of Colombia, or FARC guerrillas, regarding the rebel group’s supposed alliances with the Usaga criminal gang which controls the area.

“There are words and then there are facts,” said Gen. Rodolfo Palomino, Director of Colombia’s police in an interview with Blu Radio on Monday. “In accordance with the information we have and what we now know, there are alliances between these two organizations,” he continued.

Cordoba, which possesses a lengthy stretch of Caribbean coastline, where the attack took place, is a key geographical region for the exportation of cocaine produced in the interior of the country and for the importation of weapons and has been one of the areas most afflicted by former paramilitary groups and their evolution into criminal gangs after the demobilization of the United Auto Defense Forces of Colombia in 2006.

“We don't have any alliance with structures of state terror like the Usuga clan, as they are labeled by the government and the media. The alliance of the mentioned paramilitary group is with the institutions, with the military and police, not with the insurgency. Thus, the combat in the South of Cordoba was carried out by guerrillas and nobody else,” read a statement on the FARC’s website and attributed to the Central High Command of the guerrilla’s Iván Ríos unit.

According to the communique published on the FARC’s website, the policemen killed in the ambush were on their way to attack guerrilla units in the San Jorge area of the town. The FARC also claimed to have wounded eight police officers in addition to the seven killed and once again used the opportunity to call for a bilateral cease-fire.

Currently, members of the FARC secretariat have been involved in on-going peace dialogues which began in November 2012 with members of a Colombian government negotiating team in Havana with the aim of ending the conflict. Discussions are currently addressing the issue of the victims of the conflict that has, since 1958, according to Human Rights Watch, caused the deaths of 220,000 people and displaced a further 5 million.

“Definitively, with this penchant for hatred and lies, the possibility of signing a final peace agreement in Havana will be a titanic task. We will, however, continue working tirelessly towards this end to achieve peace,” said FARC leader Rodrigo Londoño Echeverri, alias Timochenko, on the rebel group’s website.