Peace talks have been suspended since the beginning of August when ex-president Juan Manuel Santos admitted defeat in his bid to reach a conclusion before handing over power to Duque. 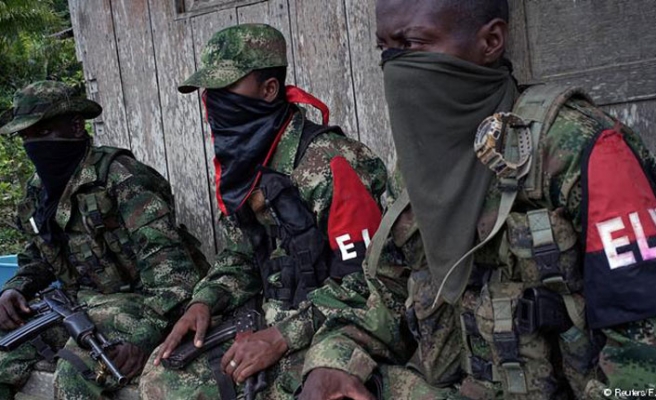 Marxist rebels in Colombia said on Monday they will not suspend their insurgency until President Ivan Duque names a new team of peace negotiators to restart Cuban-hosted talks.

"The ELN is an insurgent force and is under no obligation to comply with Colombian law, as long as there is no agreement on a definitive end to the conflict in which both sides feel satisfied with the pact," said the guerrilla group on its website.The new right-wing president has pursued a tougher negotiating line with the ELN, demanding an end to "criminal activities" and the release of hostages as a prerequisite to resuming peace talks.

Nine hostages, amongst them soldiers and policemen, were released recently, as well as a teenage girl the ELN had accused of being an "informant for the armed forces."

However, the government says the ELN still holds another 10 hostages and Duque is refusing to contemplate the formation of a new negotiating team without significant compromises on the part of the rebels.

But the ELN insists that "a peace process is not subject to the unilateral imposition" of demands and says that if Duque fails to advance negotiations then he would "invalidate himself as a negotiator."

Santos was awarded the Nobel Peace Prize for having negotiated the disarmament of FARC Marxist rebels in December 2016 following a half century of conflict.

That left the ELN and its estimated 1,500 fighters as the last recognized guerrilla group fighting authorities in a multifaceted conflict that also involves drug-trafficking gangs and paramilitaries.