Magazine ranks Colombia’s FARC as the third richest terrorists in the world. 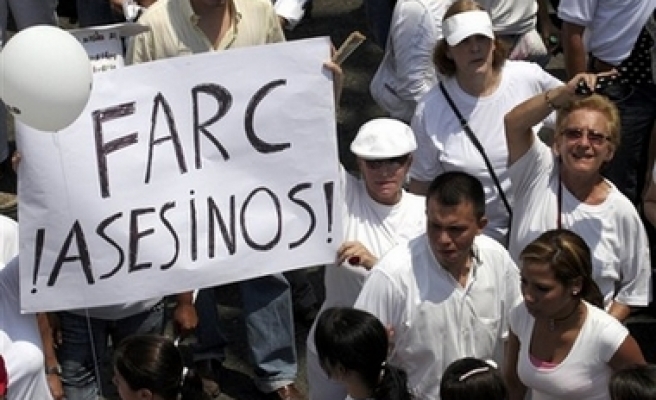 The magazine says the group raises its funds through activities such as the production and trafficking of illicit drugs, kidnapping, piracy, illegal mining and extortion.

“The FARC presently controls approximately 30 percent of Colombian territory, especially the southern jungles where they oversee one of the largest drug trafficking networks in the world,” according to Forbes Israel.

It notes that the rebel group has lost some power in recent years, “due to a series of assassinations” and the offensive tactics launched by the Colombian military against the group's leaders.

FARC is currently involved in peace dialogues with the Colombian government in Havana that began in November 2012. Agreements have been reached on the issues of agrarian reform, political participation and illicit drugs.

The article published in Forbes Israel comes at a potentially tricky time in the peace dialogues as the negotiations are currently addressing the issue of the victims of the conflict.

The guerrilla group has also come under a great deal of scrutiny due to the deaths of two members of the indigenous Nasa tribe by members of FARC’s sixth front.

President Juan Manuel Santos who was elected to a second presidential term in June, promised to negotiate for peace with the guerrillas while in the city of Ibague on Tuesday. There he addressed a recent uptick in attacks by the rebels to mark the third anniversary of the death of their former leader Alfonso Cano in 2011. “The guerrillas should speed up the negotiations in Havana, and take this seriously so we can move forward more rapidly to avoid more deaths and spare more suffering,” Santos said.

“Our armed forces and our police are under orders to not lower their guard until a final agreement is reached, because in the meantime we are going to continue with our military actions,” he added.

The Revolutionary Armed Forces of Colombia (FARC guerrillas) which is Colombia’s largest insurgent group and has been engaged in a long running civil conflict with the state since 1964.

The Colombian conflict has caused the deaths of 220,000 people and displaced 5 million more, according to Human Rights Watch.

The FARC have yet to respond to Forbes Israel article.