Rebel disarmament would be part of the fifth and final agenda topic, before both sides would review all five major points 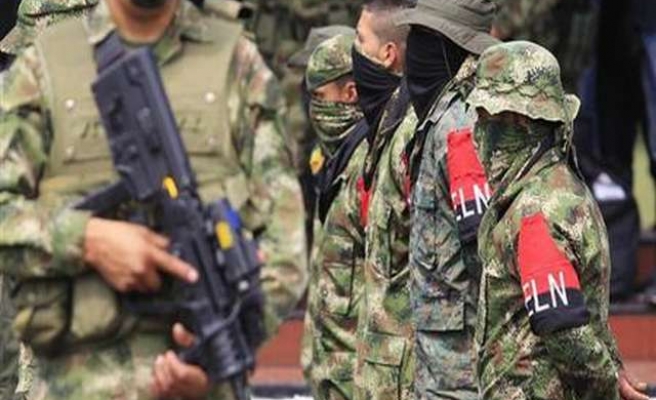 A retired Colombian general who is on the government's peace negotiating team on Thursday demanded that FARC rebels hand in their weapons in an unexpected riposte to guerrilla criticism of the Colombian military.

Jorge Enrique Mora broke with the government team's typical discretion when he lashed out at the Revolutionary Armed Forces of Colombia (FARC) as the two sides begin a new round of negotiations that seek to end Latin America's longest running war. The government usually limits comments to the occasional prepared statement.

The broadside also comes as center-right President Juan Manuel Santos is locked in a difficult re-election battle with right-wing rival Oscar Ivan Zuluaga, who has accused the Santos government of being soft on the guerrillas in negotiations.

"Despite everything they have said in recent days, they have to turn in their weapons in order to join society and Colombia's democratic system," Mora told reporters in Havana, where talks have been taking place for a year and a half.

"The Military Forces of Colombia are the legitimate forces of the state. ... The FARC has been an organization that declared war on the Colombian state, on Colombian society," Mora said.

Mora acknowledged he had run out of patience with the FARC's insistence that Colombia demilitarize, for example by taking less U.S. military aid and reducing the pay of soldiers. The FARC has repeated this theme with reporters, even though the government successfully kept it off the official peace talks agenda.

The retired general responded with the call for rebel disarmament, which is part of the agenda to come later in the talks.

The two sides reached a landmark agreement to cooperate in the fight against illegal drug trafficking a few days before the first round of elections on May 25, and they have begun a new phase of talks on compensation for war victims with the second and final round of elections set for June 15.

Rebel disarmament would be part of the fifth and final agenda topic, before both sides would review all five major points. Any negotiated agreement would be put before Colombian voters.

The presidential elections are something of a plebiscite on the peace process, which Santos has called necessary and Zuluaga has criticized for potentially granting impunity to the Marxist-inspired FARC.