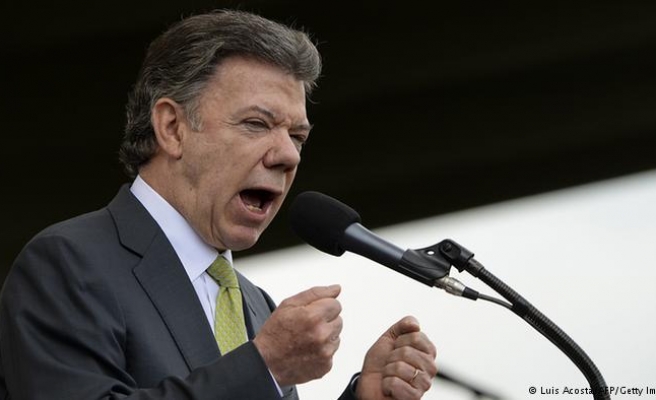 A binding legal motion was passed by a Bogota court Wednesday reminding all of Colombia’s presidential candidates that they are constitutionally required to continue with the peace process.

Negotiations are currently underway in Havana, Cuba between the government and the FARC guerrillas and citing article 22 of Colombia’s 1991 constitution, all candidates have been reminded that, “peace is a right, a value and a state duty.”

The Administrative Tribunal court of the department of Cundinamarca, where Bogota is located, ruled in favor of the legal document, informing all candidates running for the presidency on May 25 of their decision and giving them 48 hours to respond to the edict.

“Independently of which candidate is elected as the next President of the Republic of Colombia for the constitutionally agreed period of four years, the peace dialogues must continue,” said Judge Amparo Oviedo Pinto in an interview to El Espectador newspaper.

“The main purpose of the 1991 constitution shows that no candidate, once elected, can terminate a process that is within the state’s duty as this would violate the rights of all Colombians,” she continued.

The peace dialogues between the Revolutionary Armed Forces of Colombia (FARC) and the Colombian government’s negotiating team commenced in 2012 and drew to a close on Friday May 16 when the two sides reached an agreement on the five point agenda regarding the subject of illegal drugs.

The talks are now on hold while the elections are contested and both the FARC and the ELN (National Liberation Army) guerrillas have agreed to a ceasefire during the election period.

“I hope that we can complete a peace agreement this year,” said President Santos in an interview to German news magazine Der Spiegel. President Santos of the Social Party of National Unity, who was trailing the Democratic Center’s Oscar Ivan Zuluaga by one percent in the final poll taken last week has pinned his re-election hopes on a successful outcome to the current peace dialogues.

However, scandals and dirty tricks campaigns have hampered both President Santos and Oscar Ivan Zuluaga in their respective bids. There have been accusations of wiretapping, email hacking, pay-outs and vote buying.

Oscar Ivan Zuluaga, President Santos’ principal opponent in his quest to remain as president has suggested, while on the campaign trail, that he supports a suspension of the peace dialogues.

“A legitimate state does not negotiate a drugs policy with the main cartel in the world,” said Oscar Ivan Zuluaga in an address to voters in the town of Villeta outside of Bogota.

Peace dialogues are a source of contention and debate in Colombia and the civil conflict, which has been running for five decades and has according to Human Rights Watch, resulted in the deaths of an estimated 220,000 people since 1958 and the displacement of up to 5 million people. A previous effort at reaching a peace agreement took place during the presidency of Andres Pastrana between 1999 and 2002 and was unsuccessful.