'There is nothing more cruel that bringing a child into a war. There is nothing that destroys the moral fibre of a society more effectively than teaching children to kill and to hate.' 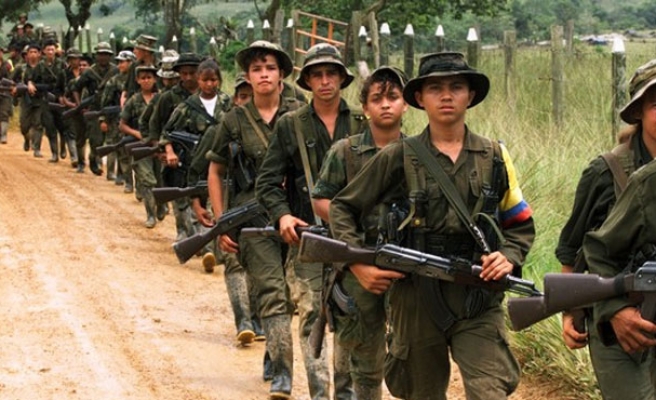 A family and children welfare group is demanding the immediate release of all minors recruited by the Revolutionary Armed Forces of Colombia.

The demand by Cristina Plazas comes a day after the FARC guerilla group said it would no longer recruit children younger than 17.

“The rights of children and adolescents are non-negotiable,” said Plazas, Director of the Colombian Family Welfare Institute, or ICBF, in an interview with Blu Radio.

Government statistics show 2,500 children have fled the FARC in the last 13 years and since 2002, from a total of 17,435 demobilized FARC guerrillas, almost half have admitted to having been recruited while they were minors.

In 2014, 278 children formerly belonging to the rank-and-file of the FARC surrendered to authorities.

“We have looked after more than 5,000 children and we are working so that they can once again dream of a normal life,” said Plazas, before suggesting it would be impossible to establish an exact figure of how many children have been recruited by the guerrilla group.

She said the ICBF was preparing for an eventual post conflict scenario to accommodate children who will be freed from the guerrillas.

“There is nothing more cruel that bringing a child into a war. There is nothing that destroys the moral fiber of a society more effectively than teaching children to kill and to hate,” said President Juan Manuel Santos during a press conference Thursday.

The FARC’s declarations were made in Havana by spokesperson Ivan Marquez, where the group has been engaged in peace dialogues with the Colombian government since November 2012.

By raising the recruitment age to 17 from 15, FARC appears to be showing its willingness to promote measures of “scaling back” the conflict.

“We want to take new steps toward efficient measures which contribute to future generations and youngsters not being involved in a military confrontation which has been placed upon them and that without doubt generates risks for their lives and their essential rights,” Marquez said at a press conference.

Despite the declaration, reaction to the FARC’s announcement has been largely met with caution. Critics point to a process of debriefing and retraining child victims who were often groomed to be soldiers from an early age.

“Long before minors put on guerrilla fatigues, they are, by default, already ‘recruited,’” said Paula Delgado Kling, a Colombian author currently writing a book about the recruitment of children in the conflict. “At first, children are asked to be informers for the group. Then, they are made to deliver confidential messages. To transport sensitive materials. To guide forces through their terrain. They are told to loiter in police stations and army bases. To report back on what is said. I believe when children perform these activities, they are already recruited.”