Colombia's president: Hostages to be released next week

The International Committee of the Red Cross is on location in Quibdo to facilitate the release of the hostages. 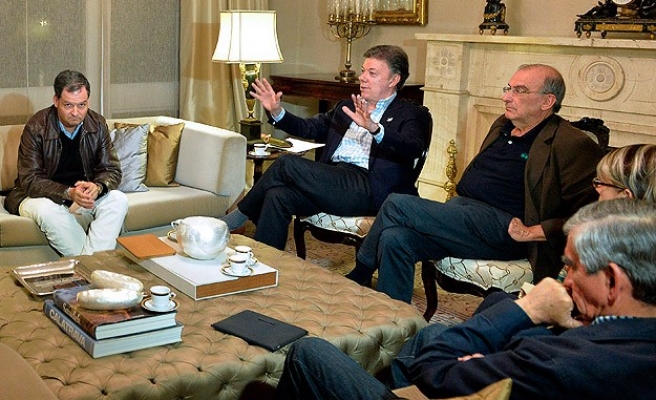 Colombia confirmed Saturday that five soldiers will be released next week, including a general, after FARC rebels released map coordinates of the hostages.

“The coordinates have been received. I am giving instructions to go ahead with the liberations next week,” President Juan Manuel Santos said on Twitter.

Expectation surrounding the release of the soldiers has been building since a declaration was made Thursday by the guarantor countries of Cuba and Norway that an agreement had been reached regarding a release. Cuba and Norway are involved in the peace dialogues between Colombia and the Revolution Armed Forces of Colombia, or FARC guerrillas, in Havana.

Gen. Ruben Darío Alzate, Capt. Jorge Rodríguez and the lawyer Gloria Urrego, were all kidnapped last Sunday in the town of Las Mercedes, 20 minutes from the city of Quibdo on the pacific coast. Soldiers César Rivera and Jhonatan Díaz, were kidnapped in Arauca near to the Venezuelan border two weeks ago.

Following Alzate’s kidnapping, the most senior military official to have been kidnapped by the FARC, Santos suspended the peace talks which began two years ago and which had already reached agreements on the issues of agricultural reform, political participation and illicit drugs.

A massive manhunt was mounted in the region with an additional 1,000 soldiers mobilized in Choco to search for the general.

President Santos said the peace talks would continue only after the soldiers in question had been freed.

Member of the International Committee of the Red Cross have arrived in Quibdo to facilitate the release of the hostages and are on standby as the military prepares to end operations in the area.