Araya, of the ruling centrist National Liberation Party, said he would no longer campaign, though under the constitution his name will remain on the ballot. 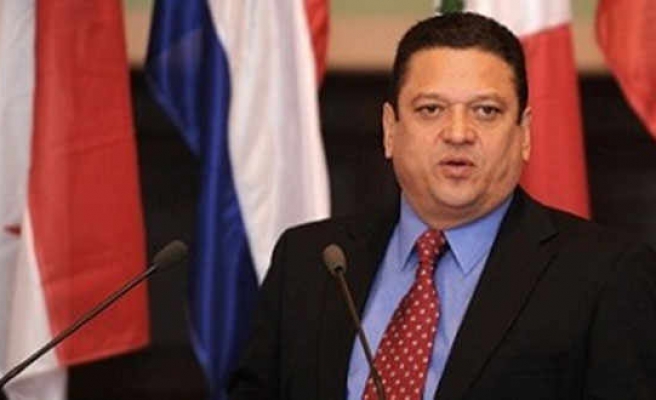 Costa Rica's ruling party candidate Johnny Araya on Wednesday abandoned his presidential campaign a month before a run-off, in a move that appears to guarantee victory for leftist former diplomat Luis Guillermo Solis.

Araya, of the ruling centrist National Liberation Party, said he would no longer campaign, though under the constitution his name will remain on the ballot. He said he had taken the decision after polls showed him way behind Solis.

A favorite to win before the first round of voting in February, Araya has been beset by voter resentment over government corruption scandals under President Laura Chinchilla and rising inequality. Solis surprised by coming first in that vote, and has stretched his lead dramatically in opinion polls.

"There is an increasing will to replace the party in government," Araya told a news conference, declining to take questions. "I will abstain from any electoral activity."

A former mayor of San Jose, Araya has faced criticism from equality-conscious voters for gaffes like underestimating the price of milk in an interview.

The national prosecutor's probe of allegations of abuse of authority and embezzlement also dampened his appeal, after Chinchilla sparked outrage by accepting flights on a private jet despite laws barring public officials from accepting sizable gifts.

Araya's move was the first time a presidential hopeful had quit at this stage under the current electoral system. In 1932, former foreign minister Manuel Castro dropped out of the race before a run-off after taking part in a failed rebellion.

The lead marks a dramatic upswing for Solis, who won 30.64 percent of the ballot last month ahead of Araya, who garnered 29.71 percent. Neither of the candidates reached the minimum 40 percent plus one vote threshold needed to avoid a second round run-off.

Costa Rica's Chamber of Industry said in a statement it was "surprised" at the news but that Araya's withdrawal had at least generated "a degree of certainty" for businesses.