Cuba agrees to open talks with EU on new political accord

On Feb. 10, the EU agreed to launch negotiations with Cuba to increase trade, investment and dialogue on human rights 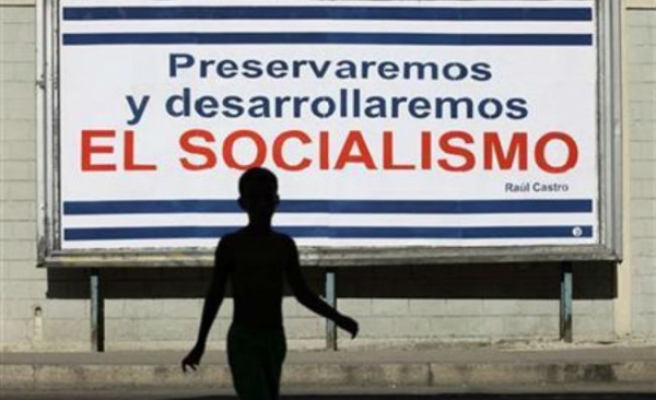 Cuba accepted a proposal by the European Union to open negotiations on a new political accord, Foreign Minister Bruno Rodriguez told a news conference in Havana on Thursday.

On Feb. 10, the EU agreed to begin negotiations with Cuba to increase trade, investment and dialogue on human rights in its most significant diplomatic shift since Brussels lifted sanctions on the communist-ruled country in 2008.

Rodriguez said Cuba welcomed the proposal, saying it "signifies the end of the unilateral policy of the EU towards Cuba" and adding that Havana was ready to start negotiations.

After more than a year of discussions, EU foreign ministers decided last month to seek better ties with Havana to support the Caribbean island nation's market-oriented reforms and to position European companies for any transition to a more open economy.

Cuba had yet to officially accept starting talks, which will alternate between Cuba and Europe.

EU negotiators aim to complete the so-called Political Dialogue and Cooperation Agreement by the end of 2015 and say Cuba has signaled a willingness to sign.

While EU investment in Cuba and progress toward multiparty democracy are not expected to change dramatically in the near future, the pursuit of the accord is symbolic, highlighting the bloc's warmer ties with Cuba in contrast with the United States, which has maintained an economic embargo on Cuba since 1962.

Cuba is eager to eliminate the European Union's "common position" on Cuba, enacted in December 1996, which places human rights and democracy conditions on improved economic relations.

To do so, the two sides will have to reach a new accord that is agreeable to all 28 member states, including Poland and the Czech Republic, which have taken a hard line on Cuba given their own communist pasts.

EU officials have repeatedly said human rights would be a core issue in the negotiations.

Although U.S.-Cuba relations have taken a more pragmatic tone recently, with officials from both sides pointing to improvements, Washington has barely budged since easing Cuban travel restrictions in 2011.