Cuba appoints first ambassador to US in 54 yrs

President Barack Obama welcomed José Ramón Cabañas, who has been officially named as Cuba's ambassador in the U.S. for the first time in over 54 years 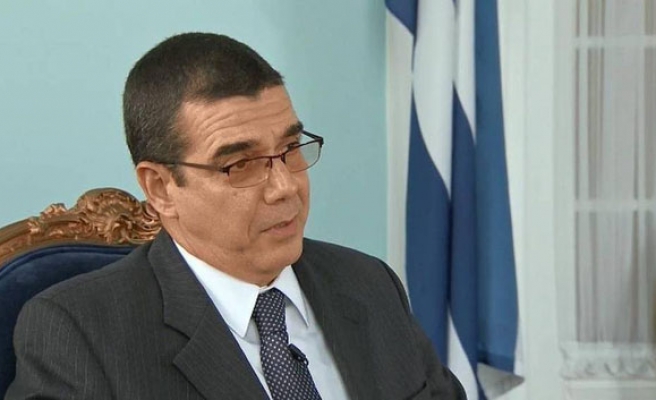 Jose Cabanas on Thursday became the first Cuban ambassador to the U.S. in 54 years.

Cabanas ran Havana's de facto embassy in Washington since 2012 and became the charge d'affaires in July.

He presented his credentials to President Barack Obama at the White House.

"The ceremony took place at the White House Oval Office, the venue of the presidential office, in the midst of a day when the U.S. leader received 16 new ambassadors," according to a Cuban embassy statement cited in media reports.

Washington has not yet named an ambassador to Cuba.

As part of the normalization process after severing relations more than a half-century ago, both countries agreed to reopen embassies.

The Cuban embassy in Washington was reopened in July, and the U.S. embassy in Cuba was reopened one month later – steps considered a major milestone in the restoration of full diplomatic relations of two countries.

Despite the resumption of ties, Havana and Washington continue to have outstanding grievances.

The U.S. is seeking progress on Cuba’s human rights and trafficking records, the return of fugitives who fled to Cuba, as well as the resolution of U.S. business claims to property that was taken during Cuba’s communist revolution.

Cuba is seeking the return of the U.S. Navy Base at Guantanamo Bay and payment for damages caused by the U.S.’s embargo on the island nation.