The designation carries with it economic sanctions beyond those already imposed in the U.S. trade embargo of Cuba. 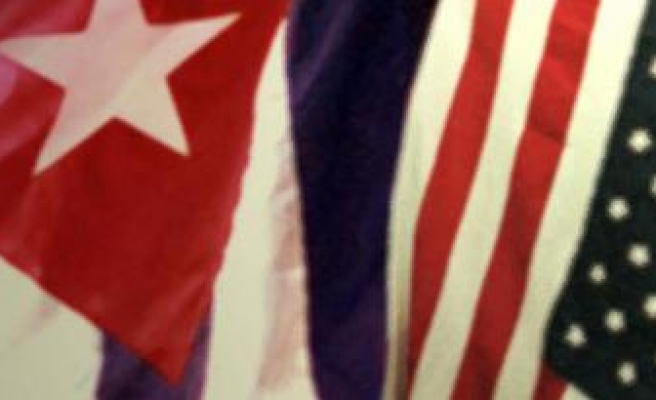 Cuba labeled as absurd and manipulative an annual U.S. State Department report that once again designated Cuba as a state sponsor of terrorism, a setback for advocates hoping for a change in Washington's Cuba policy this year.

The annual Country Reports on Terrorism issued on Wednesday continued to list Cuba, Iran, Sudan and Syria as countries that have "repeatedly provided support for acts of international terrorism." Cuba has been on the list since 1982.

The designation carries with it economic sanctions beyond those already imposed in the U.S. trade embargo of Cuba.

Cuba's Foreign Ministry "energetically rejects the manipulation of a matter as sensitive as international terrorism by turning it into an instrument of policy against Cuba and it demands that our country be definitively excluded from this spurious, unilateral and arbitrary list," the Cuban government said in a statement late on Wednesday.

Opponents of Washington's Cold War-era policy on Cuba had hoped it would drop Cuba from the list this year in a sign U.S. President Barack Obama might want to normalize relations with the communist-ruled island 90 miles (145 km) from Florida.

"Many of the reasons for keeping Cuba on the list are no longer valid," said Alana Tummino, director of policy at the Americas Society/Council of the Americas in New York, which is critical of U.S. policy towards Cuba.

"Sadly, unless the State Department has more evidence than it's providing, it appears that political motivations have once again driven this determination."

Cuba remains on the list "because it fails to meet the statutory criteria for being removed," said Mauricio Claver-Carone, director of the U.S.-Cuba Democracy PAC, the most powerful Cuban exile lobby group in Washington, who said Cuba continued to support terrorist groups and harbor fugitives from U.S. courts.

The case against Cuba has been based largely on its past support for the armed Basque separatist group ETA, which declared a unilateral ceasefire in 2011 and says it will disarm, and for Colombia's FARC rebels, who are currently in peace talks with the Colombian government which Cuba is hosting in Havana.

The U.S. report says Cuba's ties to ETA "have become more distant" and it makes note of Cuba's role in the Colombian peace talks.

"There was no indication that the Cuban government provided weapons or paramilitary training to terrorist groups," the report said.

Cuba "continued to harbor fugitives wanted in the United States," the report said.

Cuba countered that some of those received legal political asylum, some decided to live in Cuba after completing their sentences, and that none of them were charged with terrorism.

"Even so, political considerations and the need to justify the embargo at all cost ... have won out over rationality yet again," Cuba said.