Cuba seeks better relationship with US

Speaking to the Cuban state press upon his arrival in New York for the UN General Assembly, Diaz-Canel said he would use his speech at the annual gathering to denounce the commercial, economic, and financial embargo "which has already failed and will continue to fail." 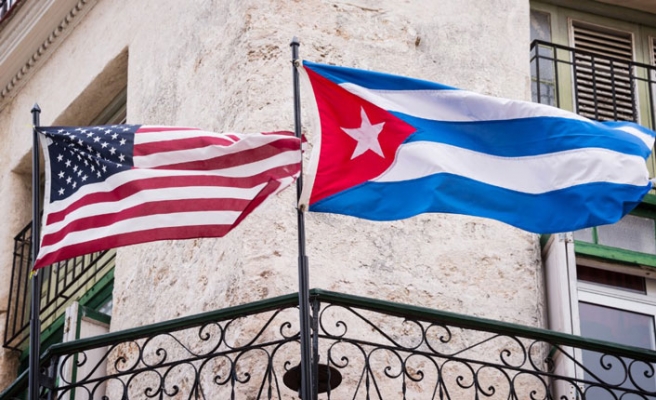 Cuban President Miguel Diaz-Canel said Sunday his government wants a "civilized" relationship with the United States -- despite the embargo imposed on the island by the US since 1962.Of Cuban-US relations, he added Havana seeks "a civilized relationship despite ideological differences."

However, he said the government of US President Donald Trump is "an administration with which it is difficult to form an equal relationship."

The General Assembly marks Diaz-Canel's debut on the world stage, after he took office on April 19, succeeding brothers Fidel and Raul Castro.

His address is scheduled for September 26 -- 58 years to the day since Fidel Castro's first speech there.

In a month, the Assembly will vote on a resolution calling for an end to the embargo. The issue has been voted upon annually for over two decades, and has majority support.

Despite its well-known position in favor of the embargo, the US abstained in 2016 after former president Barack Obama and Raul Castro restored diplomatic relations after over 50 years of tension.

But after Trump entered office, Washington reported several US diplomats and their relatives in Havana had suffered mysterious symptoms as a result of alleged "acoustic attacks" in late 2016 -- an accusation Cuba denies.

As a result, the US recalled more than half of its staff from its Havana embassy and expelled 15 Cuban diplomats from Washington.