Cubans on boat get refuge from high seas in Cayman Islands

The four women and 22 men, almost all from the coastal town of Santa Cruz Del Sur in the southeastern province of Camaguey, were four days into their journey when they took shelter from high seas 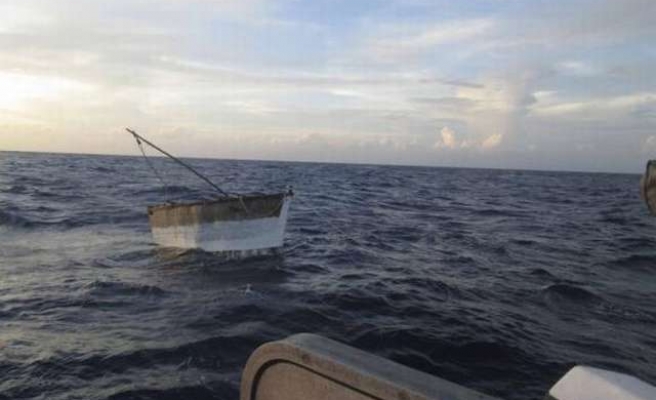 A group of 26 Cubans on a homemade wooden boat were granted temporary refuge in the Cayman Islands when bad weather interrupted their quest to seek exile in the United States.

The four women and 22 men, almost all from the coastal town of Santa Cruz Del Sur in the southeastern province of Camaguey, were four days into their journey when they took shelter from high seas on Wednesday.

Cayman authorities said on Saturday that they could remain until the weather improves.

One of the passengers on the boat, Laudmir Hernandez, a carpenter, said the hand-crafted wooden vessel took just seven days to build before launch and is powered by an antique, U.S.-made, Pierce-Arrow four-cylinder car engine.

Like the rest of the passengers, he said the lack of economic opportunity forced him to make the risky 400-mile journey across the Caribbean to the north coast of Honduras.

Cubans seeking to flee communist-run Cuba have been heading in increasing numbers by sea to Central America and then making a long journey overland to reach the United States.

Under Washington's "wet foot, dry foot policy," Cuban migrants who make it onto U.S. soil are allowed to remain, while those intercepted at sea are turned back.

One group of 32 Cuban migrants drifted for three weeks without food or water this summer after their engine failed. Only 15 were found alive when they were rescued by Mexican fishermen.

Cuban officials have not commented on the illegal boat departures, but blame the U.S. policy for encouraging migrants to risk their lives.