Death of witness may stymie probe into Brazil dictatorship

National Truth Commission members probing the military's abuses fear Malhães' death will dissuade other witnesses from coming forward and cow others into silence. 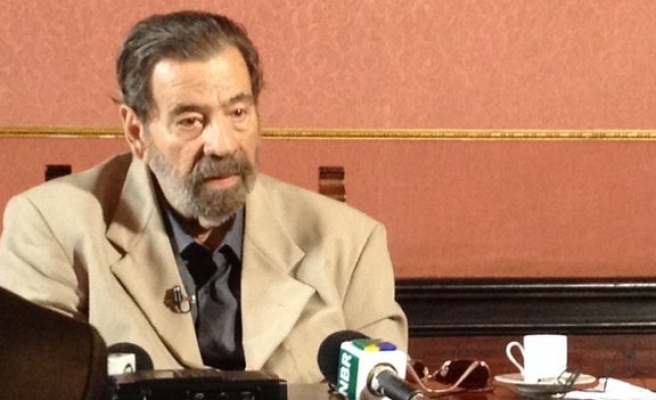 A month ago, retired army colonel Paulo Malhães proudly declared that during Brazil's 1964-85 military dictatorship he had tortured leftists until they died and then cut off their hands to prevent their bodies from ever being identified.

"I tortured as many as I had to," Malhães, 76, told a special commission investigating crimes committed by the military during that era. "It's difficult to say how many (victims) there were, but it was a lot."

Late on Thursday Malhães was found dead, face down and with signs of asphyxiation, after three men broke into his house outside of Rio de Janeiro.

Police are investigating whether the crime resulted from a robbery or an act of political revenge. But members of the so-called National Truth Commission probing the military's abuses already fear Malhães' death will dissuade other witnesses from coming forward and cow others into silence.

"Some people are afraid now," said Rosa Cardoso, a lawyer who is one of the commission's leaders. "It will make our work more challenging, at least for a time."

The commission was created in 2011 by President Dilma Rousseff, herself a former leftist guerrilla who was jailed and tortured by the military during the 1970s.

The group's mission is to uncover new information regarding the deaths of more than 300 Brazilians during the dictatorship, and thousands more who were tortured. The commission cannot criminally prosecute anyone based on its findings, due to a 1979 law that the military passed while still in power giving its members amnesty for such crimes.

However, despite the relatively narrow mandate, tensions have been rising as the Truth Commission prepares to formally present its findings in December.

The group has heard testimony and reviewed documents indicating that torture was far more widespread than previously known, investigators have said. Cardoso and other lawyers have questioned the 1979 amnesty law's validity, and expressed hope that their report's findings will increase public pressure for it to be modified or revoked.

In that context, testimony from Malhães and others could pose danger for numerous former soldiers who are still alive. Unlike other South American nations like Argentina or Chile, Brazilian military officers never faced prosecution for torture or deaths they caused.

Malhães, who said he worked at a military torture center known as the "House of Death" outside Rio, named at least two of the senior officers who gave him orders when he testified before the commission for several hours on March 25.

"He had a lot more to tell. Lots of people had reason to want to shut his mouth," said Alvaro Caldas, a former journalist and member of a parallel truth commission looking only at crimes in Rio de Janeiro state.

The National Truth Commission has asked the Federal Police to help local officials in their investigation and determine whether the attack was politically motivated.

The three assailants were waiting inside the house when Malhães and his wife returned early on Thursday afternoon, police said. After spending more then eight hours in the house, they left the retired colonel's corpse on the floor and took guns, cash as well as his computers, police said.

The invaders used radios to communicate with each other and spoke openly of "an order to kill" Malhães, his godson and neighbor Joaquim Souza told reporters on Saturday. Souza said he received the information from Malhães' wife, who survived.

An autopsy report released on Saturday indicated Malhães may have died from a heart attack during the assault, though doctors and police said further investigation was still needed.

Cardoso, the truth commission member, said the group believes the attack could have been ordered by former soldiers, or it could have been revenge by someone upset over Malhães' apparent lack of remorse during testimony last month.

Alternatively, it could be a common crime, she added.

"Now we have to wait to see what the police find," she said. "In the meantime, our jobs will not be any easier."