Austrian forensic experts says the DNA was unreadable and damaged by 'excessive heat,' new technique to be applied 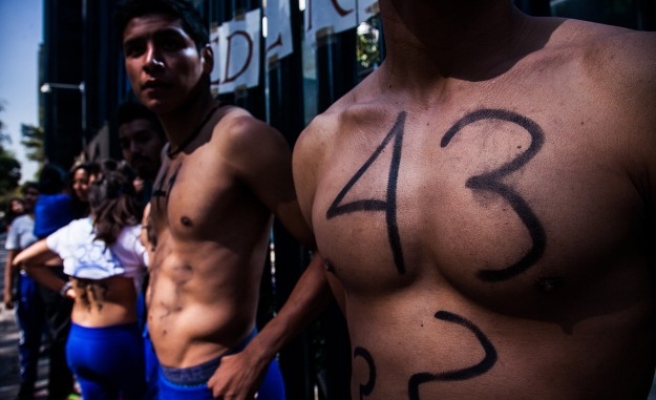 World Bulletin / News Desk
Austrian forensic experts are unable to find DNA in bone samples believed to be the remains of 42 students missing since late September, according to a report by the attorney general’s office Tuesday.

The experts at Innsbruck University analyzed the remains at the request of the Mexican government.

The samples were subjected to "a quantitation of mitochondrial DNA," a sensitive technique that did not allow experts to find enough DNA to build a genetic profile of the remains, the report said.

"Excessive heat destroyed the DNA and the mitochondrial DNA to the point where usual techniques cannot be used successfully," read a statement by the attorney general.

To date, forensic experts using DNA tests have been able to identify the remains of one student, Alexander Mora.

An offer to use a different technique to try to identify the remains was offered by Austrian experts, according to the prosecutor. The attorney general's office said the new method could be a "useful tool to continue the investigation" even if the technique is risky and could destroy the samples without allowing the collection of any DNA information.

The DNA tests that have been conducted on the remains found in the dump of Cocula have cost $290,000. The new tests have been approved at no additional costs with results expected in three months.

A lawyer for the parents of the missing students, Vidulfo Rosales, said in an interview Tuesday with MVS radio that the attorney general made the decision to submit the remains for further analysis without the consent of the parents.

"It’s another attorney general’s failure," said Rosales, adding that "even if the authorities are leading the investigations, the victims should contribute as they play an important role in the investigations."

Attorney general Jesus Murillo Karam said in November that three men detained in the case have confessed to killing at least some of the students who disappeared Sept. 26 in Iguala, in the state of Guerrero.

The detainees, presumed members of the Guerrero Unidos, or United Warriors, drug cartel, said local police delivered the youth to the Cocula garbage dump where the students were burned with fuel, wood and plastic.

The former mayor of Iguala and his wife and believed to have orchestrated the abduction.

Their parents have never believed the official version of the story and still believe their children are alive -- detained by federal police or the army.