On Friday, Dominican traders in the market town of Dajabon began a strike to pressure Haiti to scrap its ban. 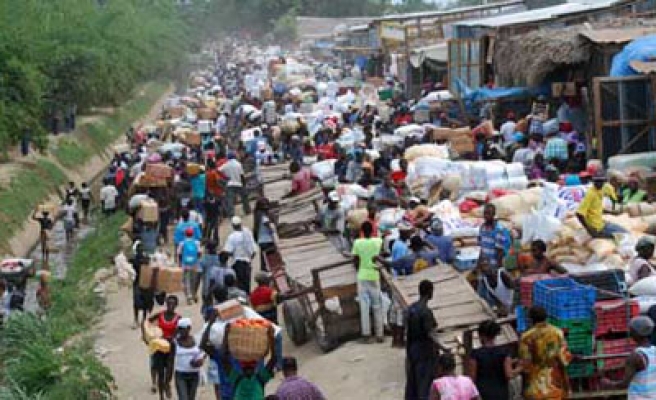 Border Dominican traders have decided to end a 15-day protest strike that was enacted after Haiti imposed a road ban on 23 products from its neighbor to the east.

The biggest bilateral market located 290 kilometers (180 miles) northwest of Santo Domingo will be open every Monday and Friday, beginning Monday.

The decision to end the strike came after meeting Sunday between the merchants and Dominican authorities – among them Foreign Minister Andrés Navarro, Minister of Industry and Trade José del Castillo and the Ambassador to Haiti Rubén Silié.

Striking merchants and unions were ecnouraged to end the job action and allow merchandise and Haitians to enter the country, considering the current permanent dialogue with the Haitian government in an effort to improve commercial ties, including an upcoming meeting in Port–au–Prince between Dominican President Danilo Medina and Haitian President Michel Martelly.

“We agreed to wait until the government talks with Port–au–Prince about the prohibition imposed over 23 Dominican products,” said Freddy Morillo, president of the Dominican Merchants Federation.

The Local Transport Federation removed dozens of trucks that were blocking a border crossing point since the ban was imposed, and called for all bilateral vendors to return Monday for the traditional bilateral market, according to Morillo.

The Dominican Merchants Federation, nevertheless, demanded that there be no export to Haiti of the banned products by air or sea until Port-au-Prince rescinds the overland transport ban.

Industry and Commerce Minister José del Castillo said the 23 products banned by Haiti at the beginning of October represent 47 percent of Dominican exports to the neighboring country.

It is estimated that the Dominican economy could lose as much as $500 million dollars if the ban is not lifted.