It was the latest in a series of grisly finds that bear the hallmarks of drug gang killings in a spree of violence that has killed more than 90,000 people since 2006 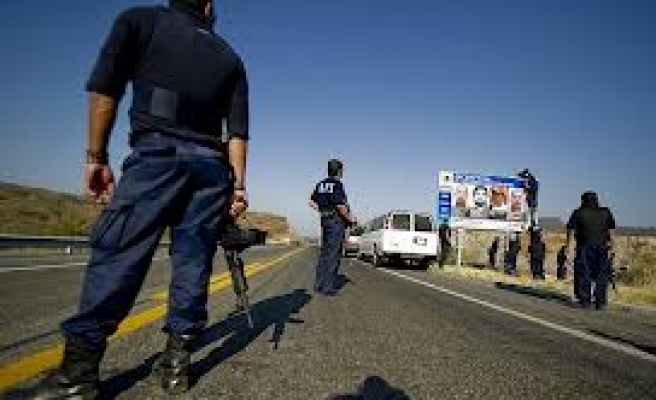 Authorities found 12 corpses dumped in the back of a pick-up truck on Monday in the restive northwestern Mexican state of Sinaloa, where violence has been on the rise since drug kingpin Joaquin "Shorty" Guzman was captured in February.

Sinaloa State Attorney General Marco Antonio Higuera said all of the victims were male, and none have been identified. An official at his office said three of the dead were wearing tactical vests "as if they were police."

However, the official said it was unclear if they were police or gang members. All were killed by gunfire.

It was the latest in a series of grisly finds that bear the hallmarks of drug gang killings in a spree of violence that has killed more than 90,000 people since 2006, when former President Felipe Calderon ordered the military to battle drug cartels.

Guzman, who headed the infamous Sinaloa cartel and was the world's most wanted drug lord, was captured in February in the state's capital of Culiacan. Homicides in Sinaloa jumped 25 percent from February to April of this year, according to government statistics.

Since taking office in December 2012, President Enrique Pena Nieto has sought to shift public attention away from the churn of killings and onto his efforts to reform the economy.

However, the violence forges on, and overall homicides in the country were only slightly lower in the first four months of 2014 versus the same period last year.