Police have unearthed at least 51 bodies in a mass grave outside Mexico's business capital Monterrey since Thursday. 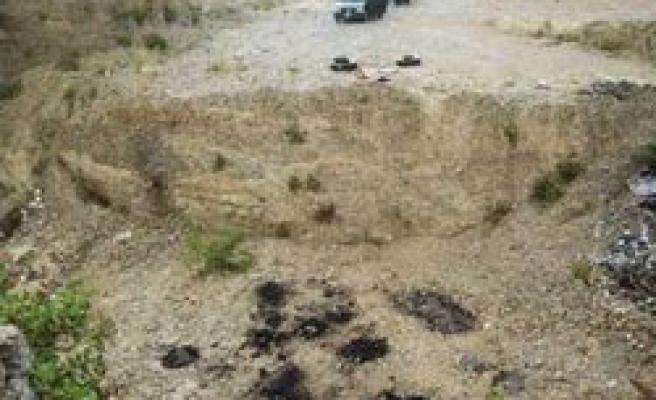 Police have unearthed at least 51 bodies in a mass grave outside Mexico's business capital Monterrey since Thursday, a grisly sign of the escalating drug violence in the northern city, authorities said on Saturday.

Acting on a tip from an informant, investigators have been digging up a rural area 12 miles east of Monterrey, uncovering dozens of corpses, some burned beyond recognition, others with bullet wounds, said the governor of Nuevo Leon state, where Monterrey is located.

"(Investigators) believe these could be people related to organized crime, a product of war between these cartels," Governor Rodrigo Medina told reporters. "This is the level of violence we expect when these groups clash."

Many of the victims found in the mass grave were believed to have died as recently as two weeks ago, police said.

Wealthy Monterrey, whose residents earn on average twice as much as other Mexicans, was until recently an oasis of relative tranquillity amid the drug violence that has gripped northern Mexico since President Felipe Calderon launched an army-led crackdown on drug cartels after taking office in late 2006.

But the modern, highrise city is no longer immune. Cartels have dumped their victims in streets, staged brazen kidnappings and even blocked off major roads to thwart the police.

Drug-related violence has killed more than 25,000 people throughout Mexico since Calderon launched his campaign, sending a chill through northern Mexico and alarming the

Financial markets, which in the past have not viewed the violence as a major risk, are now paying closer attention.

The assassination of the front-runner for governor just days before state elections earlier this month prompted a sell-off in the peso.