At least 25 suspected drug gang members were killed in an army raid in rural northeastern Mexico on Thursday, the army said in a press release. 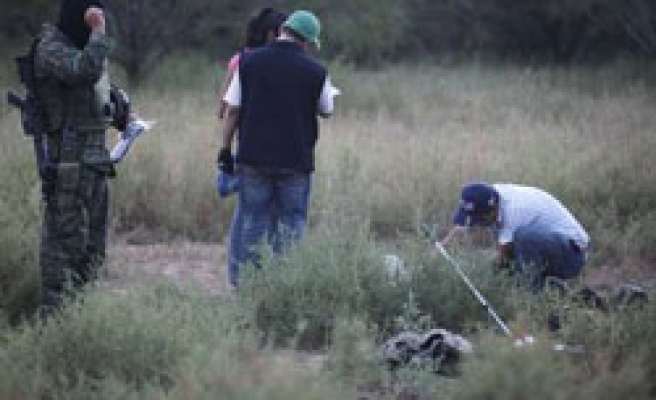 At least 25 suspected drug gang members were killed in an army raid in rural northeastern Mexico on Thursday, the army said in a press release.

Soldiers were sent to the location after an airborne patrol sighted armed men outside a building. Fighting began when the men opened fire on the troops.

Three people who presumably had been kidnapped by the gang were freed following the fighting. Two soldiers were wounded.

The clash was originally reported to have taken place in the state of Nuevo Leon, where business hub Monterrey is located, but actually took place across the border in neighboring Tamaulipas.

Tamaulipas state has become one of Mexico's bloodiest drug flashpoints since the start of the year as rival hitmen from the Gulf cartel and its former armed wing, the Zetas, fight over smuggling routes into the United States.

Mexican marines found the bodies of 72 Central and South American migrants gunned down by suspected drug cartel hitmen last week in Tamaulipas in one of the worst mass killings in recent Mexican history.

More than 28,000 people have died in drug violence since President Felipe Calderon launched his war on drugs after taking office in late 2006.

The spiraling violence has prompted criticism of his policy in recent weeks, but the government scored a significant victory earlier this week when it captured drug lord Edgar "La Barbie" Valdez in a residential area outside of Mexico City.