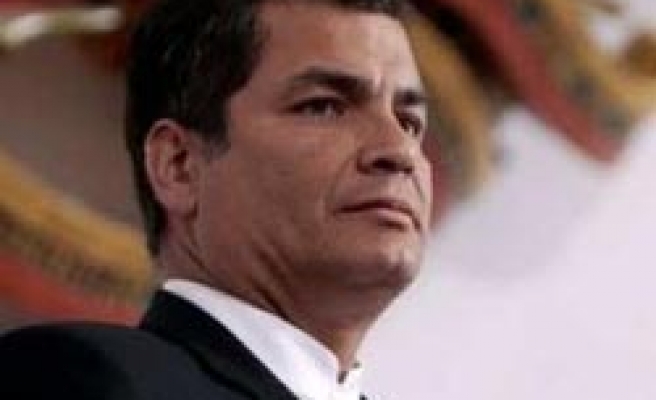 Ecuadorean President Rafael Correa left the door open on Sunday to dissolving the Andean nation's legislature and calling for new general elections, about a year after the last poll.

"We don't exclude the dissolution of the National Assembly and the call for legislative and presidential elections for the remainder of the term," Correa said during a ceremony at the port city of Guayaquil.

"If the National Assembly continues to be blocked by unscrupulous maneuvers ... we will call the majority to speak. We will call the Ecuadorean public to go to the ballot box as many times as needed," he said.

The leader's statement came after a week of heated debate in parliament -- where Correa's party has the most seats but not an outright majority -- over an education bill and a new hydrocarbons law.

The next scheduled national elections are in 2013.

Correa has said he would enact a law on Monday aimed at increasing state control over the country's oil sector. That could set the stage for nationalization of non-complying companies.

Congress had scheduled a debate on the bill for Sunday evening, but was forced to cancel the session when there were not enough lawmakers at the legislature.

The law will govern new contracts that the government is preparing, aimed at increasing state oil revenues.

Correa, a popular former economy minister, was re-elected in April 2009 for a four-year term under a new constitution that expanded presidential powers.