Colombia's FARC rebels said late on Friday they were holding a U.S. soldier captured on June 20, but were willing to release him to a humanitarian commission as they pursue peace talks 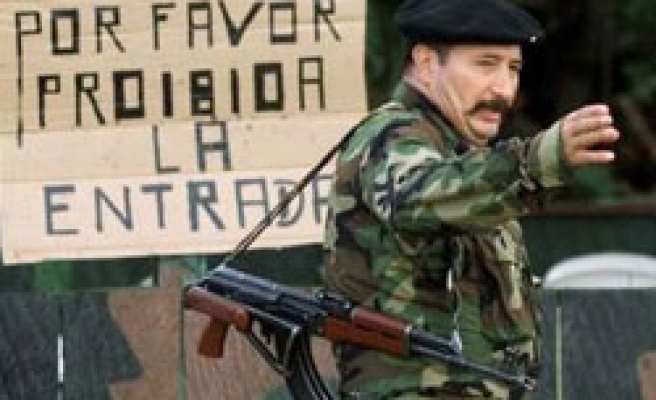 Colombia's FARC rebels said late on Friday they were holding a U.S. soldier captured on June 20, but were willing to release him to a humanitarian commission as they pursue peace talks with the government.

The FARC, or Revolutionary Armed Forces of Colombia, said on its website it had caught the soldier, identified as Kevin Scott Sutay, in a jungle region in the south of the country, describing him as a mine clearance expert from New York who has served in Afghanistan.

"Despite the right we have to hold Kevin Scott as a prisoner of war, we have taken the political decision to free him in the spirit of talks that are advancing in Havana with the Colombian government," the statement said.

It was referring to peace talks in the Cuban capital under way since last November aimed at ending five decades of conflict.

The United States has helped Colombia's government in a military offensive over the last decade that has driven the rebels back into remote regions and diminished their numbers.

The guerrilla group called for a commission to be formed to assist in the soldier's release, headed by former Colombian Senator Piedad Cordoba and representatives of the International Committee of the Red Cross and religious community Sant'Egidio.

U.S. embassy officials could not immediately be contacted late on Friday to verify the claims or clarify the circumstances of the soldier's presence in the country.

The FARC began as a communist agrarian movement in 1964 and has fought the government ever since in what is now Latin America's longest-running insurgency.

In 2008, the Colombian army freed three U.S. military contractors which the FARC had held in captivity for more than five years after shooting down their plane. They were freed in a daring rescue mission together with former Colombian presidential candidate Ingrid Betancourt.