This is the political party which has emerged, replacing the FARC guerrilla groups since they have disarmed and are preparing to reintegrate into Colombian society, 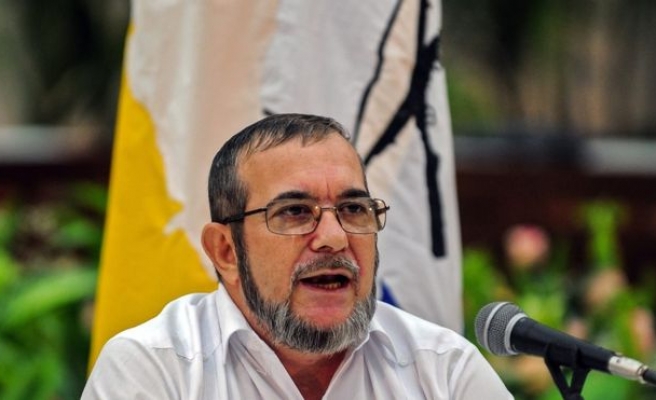 The Revolutionary Alternative Force of the Common People (FARC guerrillas) confirmed Wednesday that Rodrigo Londoño, alias Timochenko, will be their presidential candidate in the 2018 elections.

“We are entering 2018’s political battle with our own candidates for the presidency and congress,” said former FARC guerrilla and now senate hopeful Ivan Márquez to press. “Humble people and all of those who dream of a new country will have representation and can count on a political alternative running for President,” continued Márquez.

Timochenko, who was the commander in chief of the FARC guerrillas since 2011 and joined the rebels in 1982, was always tipped to be the presidential candidate for the new political party. Timochenko is currently in Cuba for health reasons. His vice-presidential running mate will be Imelda Daza of the politically aligned Patriotic Union party.

To be expected, the fiercest critic of the peace agreement with the FARC, former president and now current senator Alvaro Uribe has been outspoken in his opposition to the former guerrillas in politics.

“Today they pompously announce their candidacy of those who were involved in atrocious crimes and they changed the Colombian Constitution for it,” said Uribe to the press and warned that in other countries there would be no such political participation by any ex combatant that had not been through a system of transitional justice and seen out their sentences. “What if I had permitted this with the paramilitaries?” added the former president.

In an already complex playing field of potential presidential candidates for the elections in May 2018 there has been some positive reactions to the FARC’s announcement.

“How wonderful to be able to never vote for Rodrigo Londoño and show the FARC, with the only weapon being the ballot box, that we reject them,” said journalist and author Daniel Samper on twitter on Wednesday.

The 2018 elections will be seen as a litmus test for the popularity of the former FARC rebels in Colombia. Such is the stigma surrounding the former rebel group and their participation in Colombia’s conflict since 1964, in addition to the widespread concern that they wish to lead the country towards a Venezuela-style of socialism, that there is the belief that very few will vote for the FARC as a political party.