The Brazilian army has occupied 12 shanty towns in Rio de Janeiro in an attempt to rid the city of drug gangs. 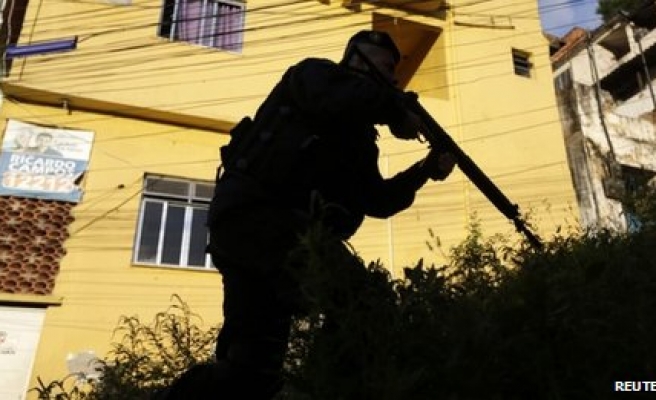 Brazilian security forces, back by armoured vehicles, have occupied 12 shanty towns across Rio de Janeiro. This operation is part of ongoing attempts to rid the city of drug gangs ahead of next year's football World Cup, which is due to be hosted in the city.

No resistance was shown by the gangs, in a city that has been wreaked with unrest and riots this week after teacher strikes became violent.

"This is another step towards peace," Rio state governor Sergio Cabral Filho told reporters. He also told reporters that $225 million would be spent to renovate the area.

Brazilian police were accused of torturing a resident of Rocinha, another slum, to death after that shanty town was also occupied. They were also accused of brutality and disproportionate use of force in the crackdown against the teacher strikes.

In addition to the World Cup, the city is also poised to host the Olympics in 2016.