Fidel Castro stepped up criticism of U.S. over its treatment of five Cuban prisoners who convicted for "spying". 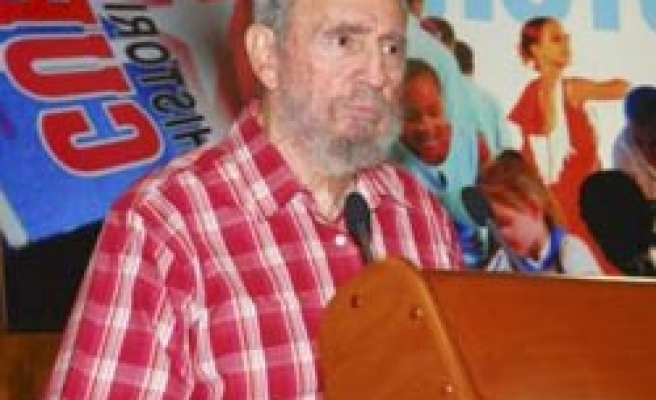 Former Cuban leader Fidel Castro on Friday stepped up criticism of the United States over its treatment of five Cuban prisoners for more than a decade for "spying" and said one of them was in a cell so small it amounted to torture.

Castro, 83, spoke to a group of young Communist Party members in his latest of a series of appearances since recently emerging from four years of seclusion after falling ill in 2006. A videotape of his presentation was shown on national television.

In his previous two appearances, he wore a green military shirt, but he was back in civilian clothes on Friday.

"They are people who have suffered for 12 years. The sufferings of these people don't count, they're not worth anything?" Castro said of the imprisoned agents, known in Cuba as the "Five Heroes."

The case has long been a point of contention between the United States and Cuba, which demands their release and says they were trying to prevent "terrorist" attacks by exile extremists.

The five men were arrested in 1998 and convicted in a Miami court in 2001 of 26 counts of spying. They received sentences ranging from 15 years to life in prison.
U.S. prosecutors have said the men were part of a Cuban espionage ring that spied on the Cuban exile community in Florida and sought to penetrate U.S. military facilities.

U.S. prosecutors linked the men's activities to the 1996 shooting down by Cuban fighter jets of two planes belonging to an exile group, Brothers to the Rescue, which flew near Cuba. Four men in the planes were killed.

In recent days, Cuban leaders have said one of the men, Gerardo Hernandez, has been placed in a tiny cell with another prisoner under bad conditions that Castro called torture.

"There are two men in a space one meter (3.2 feet) in width," Castro said. "He's not only in a high-security prison, which is already a deep hole, he's in a hole inside the hole."

At the same time, he said, the U.S. has pressured Cuba to "release one spy or another that will never be in a prison like that, that would never be tortured."

He might have been referring to Alan Gross, a U.S. contractor jailed in Havana since December on suspicion of espionage but who has not yet been officially charged with a crime.

Castro said Hernandez was also ill. "He's sick, he could have a bacteria," Castro said.

"He's a person who needs medical assistance." Hernandez, the leader of the five agents, is serving two life sentences.