Guatemalan police arrested the former head of the national prison system, accusing him of orchestrating the executions of seven prisoners during a 2006 raid. 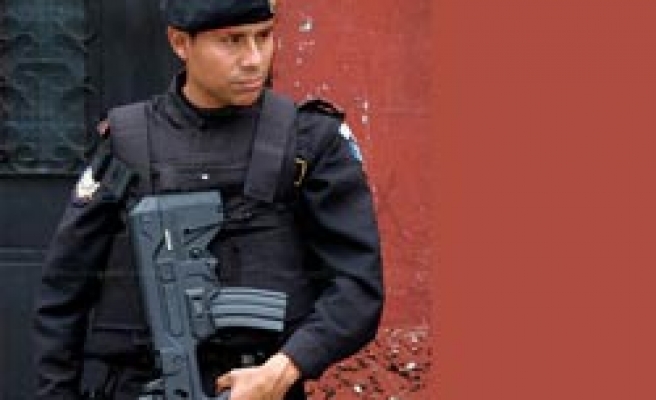 Guatemalan police arrested the former head of the national prison system on Friday, accusing him of orchestrating the executions of seven prisoners during a 2006 government raid on an infamous jail.

Alejandro Giammattei, in charge of penitentiaries during the previous administration of President Oscar Berger, turned himself over to authorities after trying to seek asylum in the Honduran Embassy this week.

Giammattei, who ran for president in 2007, was jailed on a military base for his own safety but said his arrest was politically motivated.

As head of prisons he helped plan the September 2006 storming of the sprawling Pavon prison farm outside the capital.

The jail had ostensibly been controlled by prisoners for a decade with guards only patrolling the perimeter while allowing inmates to build private houses, restaurants, video arcades and even hard-drug laboratories on the inside.

The raid, carried out by thousands of police and soldiers backed up by helicopters, was touted at the time as a bold government crackdown on organized crime. Authorities said the prisoners were heavily armed and died in a shootout, although no police were injured.

"(Those accused) were part of a criminal organization formed inside the Interior Ministry and the National Police in 2004 responsible for extra-judicial executions of prisoners," the U.N. commission said in a statement this week.

On Monday, arrest warrants were issued for Giammattei and 16 others including former interior minister Carlos Vielmann who has not been found.

After the raid, authorities bulldozed the part of the prison farm with churches, pool halls and telephone banks where prisoners extorted people on the outside.

Guatemala, still recovering from a 1960-1996 civil war that left nearly a quarter million people dead, has one of the highest murder rates in Latin America as it struggles to contain street gang violence and drug trafficking.