Rebels groups in Colombia have increased attacks on oil infrastructure and workers. 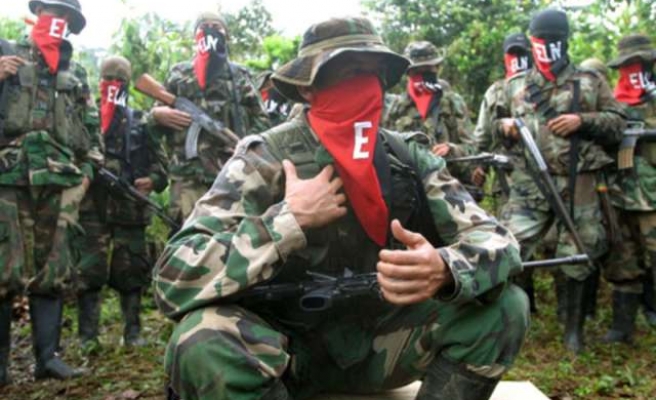 The deaths of two engineer contractors at the hands of a guerrilla sniper in Colombia on Sunday have raised concerns of an increase of attacks by subversive groups against civilians working on oil infrastructures in the country.

“The two civilians, identified as Germán Arturo Ariza and Jairo Aguilar were in a company vehicle when an ELN sniper located inside a nearby building shot them,” said Juan Carlos Pinzon the Colombian Minister of Defense, during a press release.

Police and the armed forces have increased their presence in this part of the department of Norte de Santander and have offered a reward of 100 million pesos (US$50,000) for information regarding the attack which took place as the engineers working for Termotécnica Coindustrial on behalf of the state-owned company Ecopetrol were checking a section of the Caño Limón-Coveñas pipeline.

“There have always been threats. The attacks are normally against the army but this time it was directed at us and this is very worrying. It makes one think about whether or not to return to work there,” said an engineer who escaped the attack, anonymously to El Tiempo newspaper.

The National Liberation Army (ELN guerrillas), which is Colombia’s second rebel group behind the Revolutionary Armed Forces of Colombia (FARC), and consists of some 2,000 active combatants according to the Colombian Ministry of Defense. The group has divisions strategically located near mining and oil production areas and has long been a threat but has not until recently targeted civilians in this way.

“This atrocity violates all norms of international humanitarian law and human rights in addition to putting in risk the integrity of these communities and the freedom of the right to work,” Pinzon said via Twitter.

There are suggestions that the attack was carried out in order to force the company to pay a protection fee to the guerrilla group. A failure to pay is often followed by subsequent attacks similar to one carried out by the ELN on an Ecopetrol camp near the pipeline in June that injured 13 civilians.

Attacks on the pipeline, which runs along the border with Venezuela from the department of Arauca to the Caribbean coast for 485 miles, have been frequent this year. The last major attack was in June and Ecopetrol estimates that each time that the company is required to cease production and make repairs it reduces crude production by about 20,000 barrels per day. This year, the company claims to have lost more than US$552 million in revenue from attacks.