The country's police and army were put on alert and were patrolling the streets of the capital, Georgetown. 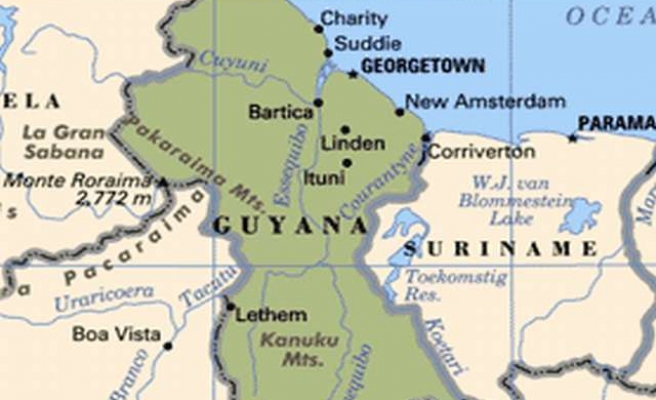 Opposition parties and angry Guyanese were poised to launch protests on Friday after President Donald Ramotar suspended Parliament, a move they called an attack on democracy.

The country's police and army were put on alert and were patrolling the streets of the capital, Georgetown.

Ramotar suspended Parliament on Monday to avoid a no-confidence vote sought by opposition lawmakers after it emerged the government had spent about $22 million without parliamentary approval, the latest in a string of scandals since Ramotar's election in 2011.

The crisis could ultimately force Ramotar to call an election in the first half of 2015, a year early.

The government's suspension of Parliament can last up to six months, but the constitution mandates that lawmakers vote on a government budget by April 30. Opposition parties, which have a majority in Parliament, have said they will vote against the budget, meaning Ramotar would be forced to hold elections within three months.

While the "prorogation" of Parliament is constitutional, opponents slammed it as an blatantly undemocratic move.

"This is in my opinion most undemocratic, and this illegality has been compounded by the fact that no certain date has been given for the restoration of normalcy," said Raphael Trotman, leader of the legislature.

Frustration with the People's Progressive Party (PPP), in power since 1992, has been growing amid accusations of corruption. The opposition has so far struggled to mount a convincing challenge, however.

Politics in Guyana, a former British colony on the northeast shoulder of South America, are broadly divided along ethnic lines.

The PPP is primarily made up of the descendents of indentured laborers brought from India, who are the country's single largest demographic group.

The second most influential political group, a mainly Afro-Guyanese coalition called A Partnership for National Unity (APNU), called for protests to be held next to the president's office on Friday afternoon.

"You have one arm of the government saying we are going to rule based on the 2011 election results, but then saying to the opposition you are not going to rule in Parliament because we say so," said Freddie Kissoon, a prominent newspaper columnist. "That to me incorporates all the features of a dictatorship."

In the late 1990s, violent street protests against former president Janet Jagan, also of the PPP, ultimately forced her to cut a deal with the opposition and cut short her mandate by two years.