Hagel said the three-day visit will give him an opportunity to focus on relationship-building in a vital area that often receives little attention. 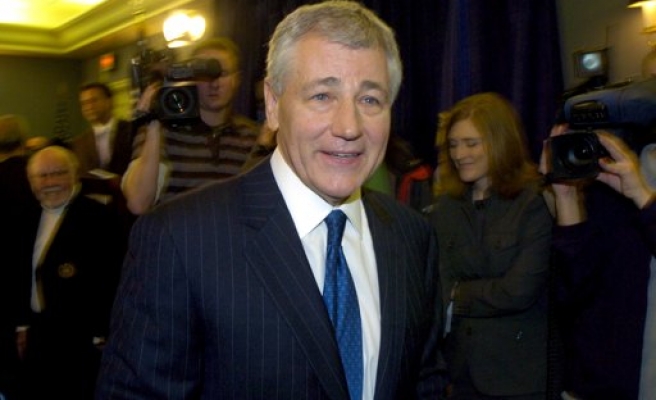 Hagel, who will meet his Canadian and Mexican counterparts in Mexico City before traveling to Guatemala, said the three-day visit will give him an opportunity to focus on relationship-building in a vital area that often receives little attention.

"The region is important to America," Hagel told reporters aboard his plane to Mexico City. "I don't think over the years we've probably ever done enough to reach out to our Latin American partners."

He said part of the reason was that U.S. relations in the region have been stable and good in recent years, so Washington has tended to focus its attention on the world's trouble spots.

The U.S. defense chief arrived in Mexico on Wednesday afternoon for talks on Thursday with his Canadian and Mexican counterparts. It is the second trilateral meeting of the ministers, coming two years after the inaugural meeting of the group.

Hagel said the meeting would be an opportunity to add "muscle and sinew" to the growing relationship, possibly by developing a secretariat to help guide and follow through on the regular sessions.

The U.S. defense chief is to travel to Guatemala late on Thursday. He will meet with senior government officials there on Friday and observe military exercises.

The U.S. military and other government departments have been active in helping Guatemala develop an interagency task force involving military, police and judicial authorities engaged in the effort to reduce narcotics and people trafficking and other crime.

"There's nothing like actually coming out and spending some time in these countries so they can see that we're committed to carrying through on some of these programs," Hagel said.

"I do feel strongly ... that this capacity-building for partners is really critically important for our future and I think for the stability of the world," he added.

The visit to Latin America comes just two days after the U.S. State Department notified Congress that it plans to approve a sale of Black Hawk helicopters worth about $680 million to Mexico to assist in its fight against drug trafficking and organized crime.

U.S. officials say Congress has 30 days to respond if it disagrees with the proposed sale.

Senior U.S. defense officials said the sale was important to Washington because Mexico has often purchased Russian helicopters in the past.

Senior defense officials said the United States was discussing other possible military sales with Mexico, including unmanned aerial vehicles and other equipment. The issue was expected to come up on Thursday as the North American defense chiefs assess threats they face in common.