Haiti hip-hop star Wyclef Jean is not on the list of approved candidates who satisfy legal requirements to run in the country's Nov. 28 presidential election, an electoral official said. 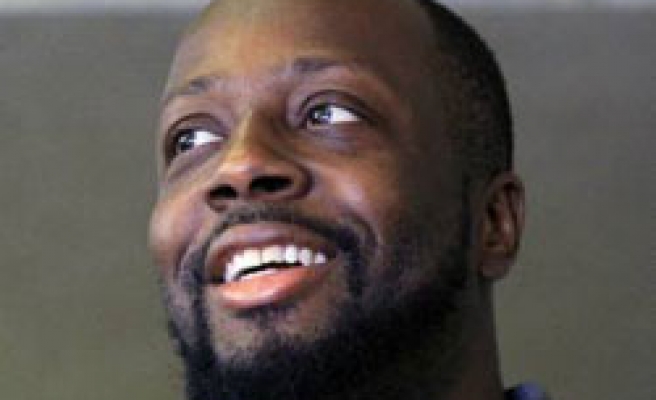 Haiti hip-hop star Wyclef Jean is not on the list of approved candidates who satisfy legal requirements to run in the country's Nov. 28 presidential election, an electoral official said on Thursday.

The presidential bid by the 40-year-old singer-songwriter and international celebrity had triggered widespread enthusiasm in his poor, earthquake-ravaged Caribbean homeland. But it had been challenged on the grounds he did not fully meet the requirements, including a key one on Haitian residency.

"He is not on the list as I speak," the electoral official, a member of the country's provisional electoral council who asked not to be identified, told Reuters.

He said the electoral disputes bureau entrusted with settling challenges to candidates had ruled that Jean did not meet several legal requirements, but he gave no more details.

The provisional electoral council was due to formally publish on Friday the full list of approved candidates to run in the election to choose a successor to President Rene Preval, who cannot seek re-election after two terms in office.

Jean, who left Haiti with his family to live in New York at the age of 9 and launched his music career in the United States, was among 34 contenders for the Haitian presidency who filed their documents with the council this month.

Contacted by Reuters, Jean declined to make any immediate comment, saying he had not been officially notified of any decision and would try to confirm the information.

Earlier, he met President Preval. A photo of them meeting, both smiling, was posted by Jean on his Twitter account.

On Tuesday, the provisional electoral council said it was postponing until Friday its announcement of the final list.

That sparked feverish expectation that has raised fears of political tensions and possible violence in the volatile Caribbean country.

Jean's jump into politics galvanized the Haitian political scene, triggering enthusiasm among the country's restless, widely unemployed youth, who see him as a refreshing symbol of home-grown hope, and alarm among the traditional Haitian political elite who seemed to feel threatened by him.

Slogans scrawled in Creole on city walls reading: "Youth supports Youth" and "Wyclef means change" testified to his support among the young, and youth and Creole musical groups had already declared their backing for his candidacy.

Haiti, the poorest state in the Americas, is still struggling to recover from a magnitude 7 earthquake that struck the teeming capital, Port-au-Prince, and surrounding area on Jan. 12, killing up to 300,000 people and dealing a crippling blow to the already underdeveloped economy.

The electoral council member told Reuters he had heard reports that some candidates might be preparing to stir up violent protests if their candidacies were rejected.

"I've even been told that they have already bought and distributed machetes. ... It's up to security officials to assume their responsibilities," he added.

"But we are doing our job and we will continue to assume our responsibilities regardless of what people do or say," the electoral official said.

U.N. and Haitian police have stepped up joint patrols in the still rubble-strewn streets of the capital, including around the electoral council headquarters. About 1.5 million homeless quake survivors are living under tents and tarpaulins in the streets of the hilly, ramshackle coastal city.

"I'm not a candidate who will promote violence," Jean told Reuters on Wednesday, although he said then he had gone into hiding after receiving death threats.

Jean and his lawyers had argued he fulfilled the residency requirement to be a candidate.

They cited his Haitian passport, his rural family home at Lassere outside Port-au-Prince and his share in local commercial TV station Telemax. They say he has maintained a "constant presence" in Haiti since 2005, while arguing his appointment in 2007 as a roving "ambassador-at-large" for Haiti involved some inevitable absences from the country.

The initial presidential contenders not yet vetted by electoral authorities include Raymond Joseph, Jean's uncle and former Haitian ambassador to the United States, and well-known opposition leader and former first lady Mirlande Manigat.