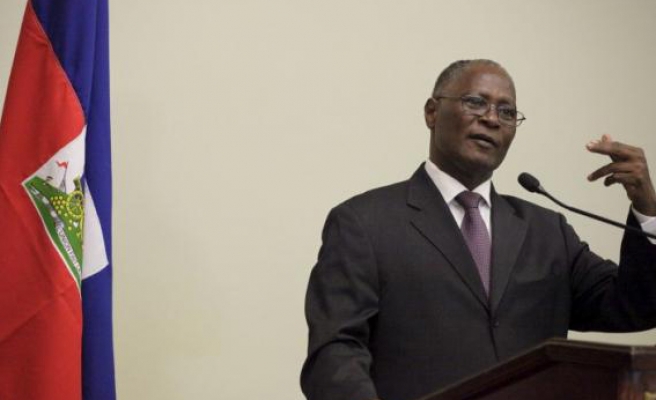 Appointed by decree, Fritz-Alphonse Jean will work on forming a government before delivering a policy statement to Haitian lawmakers.

With some 60 percent of the population suffering from extreme poverty in this poorest of the Americas countries, Jean said he was aware of the challenges he faces, and criticized previous administrations.

"For decades, frustrations have piled up in our country due to unkept promises," the head of state said Friday during his first public speech.

"We need to stop improvising and start planning."

Standing by his side, Privert reiterated his goal to unite a highly polarized political system.

"The country's future does not depend on a single citizen or single party alone. The future of the country depends on us all," the president said.

"It's time for all of us to make sacrifices in the interest of national unity."

But just hours before Jean took office, his predecessor Evans Paul said he disapproved of the nomination.

"We should not allow our country to be led down a path of chaos," the former prime minister said during a press conference with several members of the outgoing government.

Jean said he was aware of his political foes.

"When there's a change in government, there are always these sorts of grudges," he told AFP.

The persistent political tension will complicate an already difficult mission for the interim president and his prime minister.

Within his 120-day mandate, Privert is due to see to the end an electoral process that was interrupted in January.

Privert took office on February 14, a week after the departure of president Michel Martelly, who left without a successor after a vote to choose his replacement was postponed over fears of violence.

Haiti is the poorest country in the Americas, still struggling to get back on its feet after being hobbled by a devastating 2010 earthquake and now plunged into a drawn-out electoral crisis.

There is still much uncertainty over the country's ability to hold presidential and legislative elections within the next four months.