Activists said deportations weigh on families, forcing teenagers and young adults who should be in school to become breadwinners and caregivers. 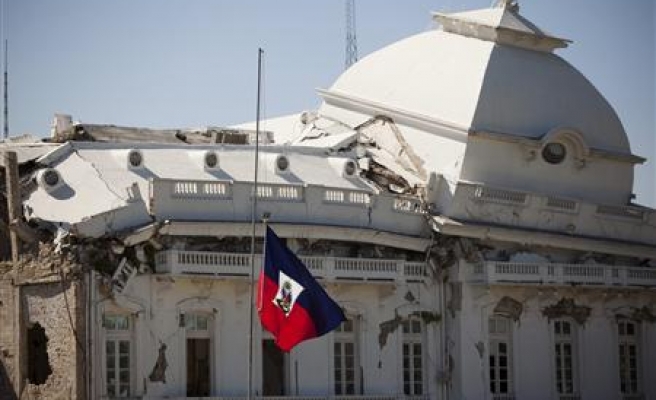 Wildrick Guerrier, a refugee from the devastation of the 2010 Haitian earthquake, died in a Haitian jail in 2011, 10 days after the United States revoked his temporary permission to stay in the country and deported him and 26 other men.

A report released on Thursday from law centers at the universities of Miami and Chicago describes how Guerrier, 34, died of cholera in the Haitian jail after being exposed to blood, feces and vomit. In the report, legal scholars and Haitian activists called on the U.S. Department of Homeland Security to stop its policy of deporting Haitians convicted of two misdemeanors or a felony.

The report said that at least 1,500 men and women have been deported in the last five years. Some had their status revoked after relatively minor offenses such as failing to return a rental car in time and giving a police officer false information, said Geoffrey Louden of the Human Rights Clinic at the University of Miami School of Law.

While some deportees have been convicted of violent crimes, Louden said, "Many are longtime, lawful permanent residents with deep family ties who find themselves strangers in a strange land."

Guerrier was deported after being arrested for illegal possession of a firearm and battery of a law enforcement officer.

The U.S. Customs and Immigration Enforcement office said in a statement that officials have been working with the Haitian government and other partners "to resume removals in as safe, humane, and minimally disruptive manner as possible."

It added that it was also working "to develop a comprehensive reintegration strategy that encompasses a range of services for returned Haitians to smooth their transition into Haitian society, including healthcare assistance and skills training."

Haiti is still recovering five years after a 7.0-magnitude earthquake leveled large swaths of the capital Port-au-Prince. The cholera outbreak that began shortly after plunged the country into further misery.

More recently it has been inundated with protests over rising gasoline prices and political roadblocks under PresidentMichel Martelly's government.

Activists said deportations weigh on families, forcing teenagers and young adults who should be in school to become breadwinners and caregivers.

"We're trying to build the foundation of a community that we can be optimistic about," said prominent Haitian-American author Edwidge Danticat. "These deportations are making that impossible."