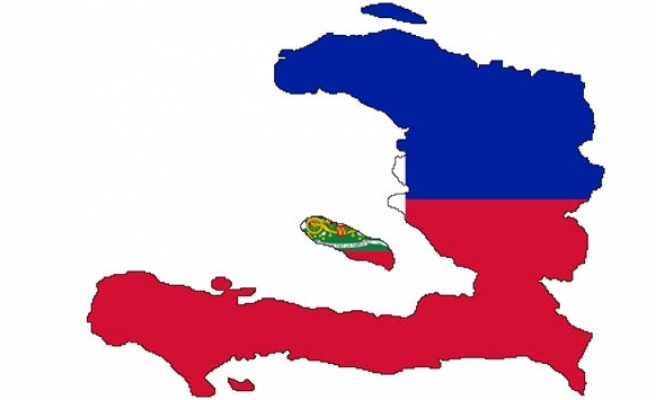 Haiti's prime minister, Laurent Lamothe, succumbed to domestic and international pressure on Sunday and announced he would resign in a televised address in the middle of night.

"I am leaving the post of prime minister this evening with a feeling of accomplishment," he said.

The announcement came a day after president Michel Martelly accepted the recommendations of a special commission that called for Lamothe's resignation as part of an effort to resolve a long-running political dispute over long overdue legislative and municipal elections.

Haiti, the poorest and most unequal country in the western hemisphere is still recovering from an earthquake five years ago that leveled much of the capital, Port-au-Prince, and in recent weeks has been rocked by street protests accusing the government of corruption and calling for the resignation of Lamothe and Martelly.

On Saturday, thousands of demonstrators took to the streets in several cities and one man was shot dead by police near the ruins of the presidential palace.

Lamothe said he was leaving with his head held high, citing the "remarkable work" of the government. "We put this country on a dynamic of deep and real change for the benefit of the population," he said.

It was not clear when a new prime minister would be sworn in, but it marked the end of a close alliance between Martelly and Lamothe, friends and business partners.

Lamothe, who attended university in Miami, is credited with helping manage key infrastructure projects after taking office in May 2012, but fell out of favor this year over allegations he was straining the budget to boost his own presidential ambitions.

He is also accused by critics of lack of transparency in handling funds from Venezuela's preferential Petrocaribe fuel program.

Lamothe, 42, had been expected to run for president next year, but his forced resignation may have dented his chances.

Martelly's decision to sacrifice Lamothe to appease his critics also may not be enough for more radical opponents who have vowed not to rest until the president is ousted too.

If elections are not held before Jan 12 the parliament will shut down, leaving Martelly to rule by decree.