Central and southern parts of Mexico's Gulf Coast braced for flash floods and mudslides as Hurricane Karl closed in on the Mexican coast for the second time on Friday. 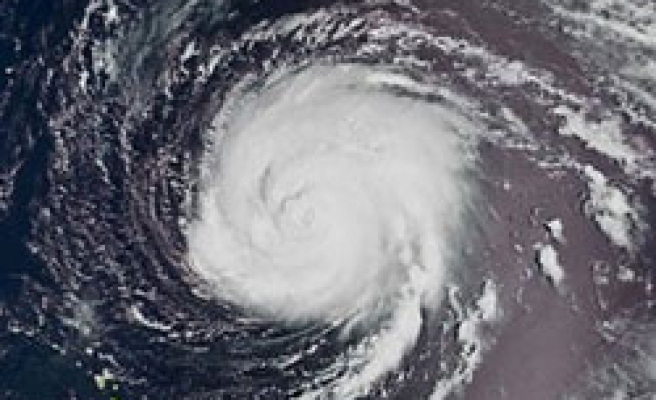 Hurricane Karl bore down on Mexico's central Gulf Coast on Friday, threatening to cause flash floods and mudslides, but it appeared to have spared Mexican offshore oil operations from major damage.

Karl, which was projected to produce a storm surge of as much as 15 feet above normal tide levels, was about 50 miles (80 km) northeast of the port city of Veracruz on Friday morning, the U.S. National Hurricane Center said.

A Category 3 storm, Karl was blowing sustained winds of up to 120 miles per hour (195 kph) as it neared the coast.

Mexico's state oil monopoly Pemex said it had closed down 14 minor wells and evacuated platforms in the Gulf, but the storm seemed to inflict no lasting damage to its operations. It did not say if the closed wells were oil or natural gas producers.

Hours before it was due to make landfall, the storm was already pouring rain on the coast and raised winds strong enough to bend small palm trees in the port city of Veracruz.

Police were closing at least one main road as heavy rains flooded streets in Veracruz, where about a dozen men from a fishermen's cooperative scrambled to secure their small boats as the storm intensified.

"We have to get these boasts out of the water, it's already getting bad," said Mario Jimenez, 48, looking on as younger men struggled to lash down a fishing net in his boat.

The U.S. storm center said it could gather further strength before making landfall later on Friday. It was expected to then break up against Mexico's coastal mountains.

As much as 10 inches of rain could soak coastal communities, with more falling in interior mountain towns in coffee-producing Veracruz state.

Mexico's oil industry had to scramble Thursday after Karl came across the Yucatan Peninsula into the Bay of Campeche, where the bulk of Mexico's 2.55 million barrels per day of oil is produced.

Two of Mexico's main oil exporting ports closed as Karl passed through the region and the prospect of disrupted shipments out of Mexico helped buoy crude prices as they tracked equity markets higher.

Storms in the Bay of Campeche have the potential to cause serious disruption to Mexican oil output but rarely pass far enough south to cause problems. Mexico was the No. 3 supplier of crude to the United States during the first half of this year, according to the U.S. Energy Information Administration.

Earlier this week, Karl had crossed a rural area in the Yucatan Peninsula as a tropical storm, bringing heavy rains and forcing some evacuations, but spared tourist hot-spot Cancun.

Karl is just one storm that has formed in the Atlantic this hurricane season.

In the Atlantic, Category 3 Hurricane Igor traveled at 120 mph (195 kph) as it churned on a course that could take it to Bermuda by Sunday.

Hurricane Julia was located far east of Igor and posed no immediate threat to land.