Authorities said an unknown number of people were still missing following the landslide. 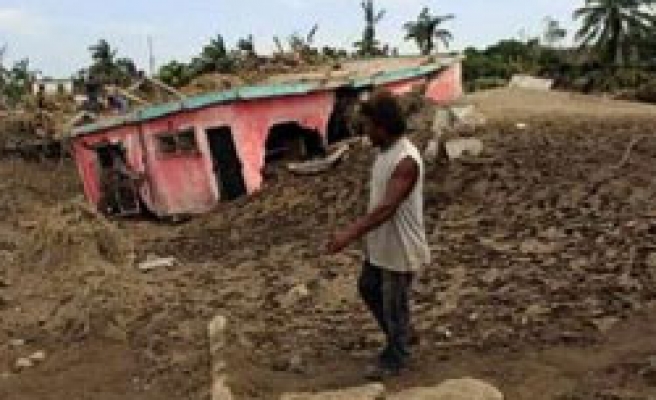 At least eight people died when a hill collapsed in a rural area outside Mexico City, as heavy storms raged across the country days after Hurricane Karl killed 15 people, police said on Tuesday.

Authorities said an unknown number of people were still missing following the landslide, which occurred late Monday night in a mountainous region southwest of Mexico City.

Parts of Mexico are enduring their worst rainy season on record, which has triggered heavy flooding and forced thousands of people from their homes in the low-lying southeast.

Exacerbating the situation, the state electricity monopoly has had to open up several hydroelectric dams in the region to relieve pressure.

Hurricane Karl made landfall last Friday near the port city of Veracruz on the coast of the Gulf of Mexico, inundating several communities and triggering deadly landslides in mountainous areas. Emergency workers blamed another three deaths on the storm on Tuesday, lifting the death toll to 15.

Heavy rain in northern Mexico also killed one person and hundreds of people had to flee their homes in a suburban area outside the country's business capital of Monterrey, Mexican media reported.

Mexico is also bracing for the arrival of Tropical Storm Georgette, which is expected to slam into the southern tip of Baja California, home to the famous Cabo San Lucas beach resort, later on Tuesday.