Illegal gold mine collapses in Colombia

The collapse of an illegal gold mine in south-western Colombia and the deaths of three people highlights the growing problem of unlawful mining across the country. 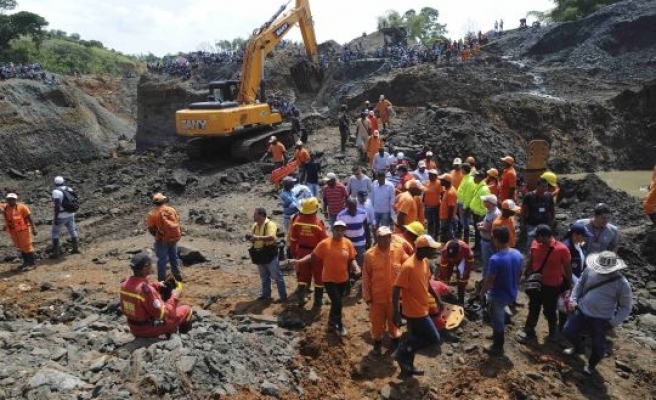 Disaster struck late on Wednesday night when an illegal gold mine collapsed in south-western Colombia leaving three people dead and at least another 25 trapped 20 meters underground.

The illegal gold mine, located in in the department of Cauca around 31 miles south of the commercial and industrial hub of Cali, caved in after a landslide at around 11.30pm.

“There are possibly 30 people buried underneath the mud here, and upon our arrival on the scene we were able to pull out three people, tragically all dead, and we know that a further five people have checked themselves into the hospital in Santander de Quilichao of their own accord with some injuries,” said Julián Prado, the local director of the Red Cross first aid division for Cauca in an interview with El Tiempo newspaper.

The area has been hard hit by Colombia’s long-running civil conflict and there are clear indications of FARC guerilla, Revolutionary Armed Forces of Colombia, and BACRIM, newly emerged criminal gangs of formerly paramilitary groups, involvement in illegal mining.

“Illegal gold mining is prevalent in about 340 of Colombia’s 1,102 municipalities,” said Colombian Defense Minister Juan Carlos Pinzón in a conference on the industry in 2013 in Bogota. “The FARC is involved in 87 of those 340, the ELN (the National Liberation Army) in 30, and the BACRIMs in a further 118.”

Gold, coltan and tungsten are among the minerals mined illegally in 25 of Colombia’s 32 departments, representing a new and lucrative source of income even as coca cultivation falls, authorities say. And while the practice is nothing new here, observers say the extent to which it has spread and the magnitude of its economic yield is causing a stir — leading President Juan Manuel Santos to launch an offensive in 2013 against such activity in eight departments.

The Colombian Ombudsman’s office released a statement calling upon the government and in particular the Minister for Mines and Energy to, “adopt the appropriate measures to prevent further tragedies such as that in Santander de Quilichao.”

According to reports from the Ombudsman’s office, an estimated 1500 people work in this illegal industry in Santander de Quilichao. When the secretary for the government of the town attempted to impound the heavy machinery used at the mine in February, he received death threats and resigned from his position.

In December 2013, when authorities attempted to shut down another nearby illegal mine in the district of El Palmar, close to Santander de Quilichao, they were forced back by up to 800 violent demonstrators.