Activist groups fear that trade agreement will do to global Internet will be part of a managed trade. 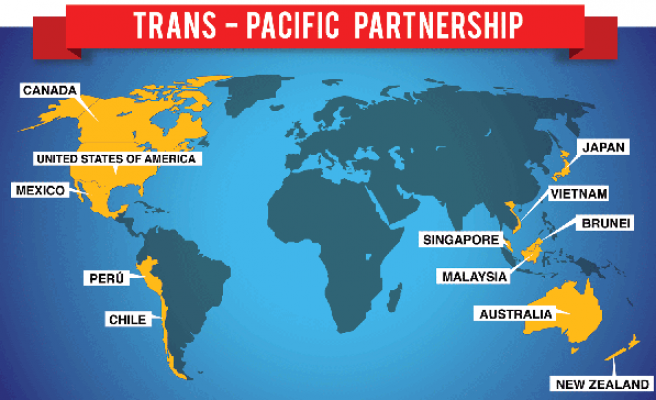 The full text of the Trans-Pacific Partnership trade agreement was released Thursday, and Internet activists claim it confirms their worst fears regarding restrictions to online access and freedom of expression.

Critics run the gamut from China to Democratic presidential candidate Hillary Clinton to Internet freedom activists concerned that the agreement contains far too many intellectual property concessions to special interest groups like the recording industry and pharmaceutical companies. The latter opposition is spearheaded by Fight for the Future, a group that famously launched a 2012 campaign against the Stop Online Piracy Act in the U.S. that was joined by tech luminaries such as Google, Craigslist and Wikipedia.

In its battle against the TPP, Fight for the Future drove more than 130,000 emails and more than 15,000 phone calls to members of Congress and brought together more than 7,500 websites for a recent online protest.

“Now that we can read the final TPP text, it's obvious why it was kept in total secrecy for so long: this agreement is a wishlist for powerful special interests and multinational corporations,” Evan Greer, campaign director for Fight for the Future, said in a statement Thursday. “The Intellectual Property chapter confirms our worst first about the TPP's impact on our basic right to express ourselves and access information on the Internet.”

The Electronic Frontier Foundation, an activist group that has received funding from Google and businessman Mark Cuban also criticized the full text of the agreement. Like Fight for the Future, the EFF claimed the TPP presented hopelessly weak protections for net neutrality and spam control, but it believes the most damaging part of the agreement gives large concessions to massive industries over copyright ownership.

“The most shocking revelation from today’s release is how the TPP's Investment chapter defines ‘intellectual property’ as an asset that can be subject to the investor-state dispute settlement (ISDS) process,” note EFF’s Jeremy Malcolm and Maira Sutton in an official blog post. “What this means is that companies could sue any of the TPP nations for introducing rules that they allege harm their right to exploit their copyright interests—such as new rights to use copyrighted works for some public interest purpose.”

The agreement among 12 Pacific Rim nations that make up 40 percent of the global economy including the United States, Japan, Australia and Peru covers a broad spectrum of economic issues meant to free up trade between member states ranging from intellectual property protection to labor rights. While it still needs to be approved by lawmakers, if passed, the TPP is likely to be seen as a defining event in the presidency of Barack Obama.

“The TPP means that America will write the rules of the road in the 21st century," Obama wrote in a post online Thursday. “If we don't pass this agreement - if America doesn't write those rules - then countries like China will.”

A White House spokesman highlighted Obama’s strong desire to push TPP into law and explained that the president personally called and visited members of Congress about the issue.

“I think that is indicative of the president's willingness to spend his own time to lobby members of Congress in both parties to support this kind of trade agreement that we are confident is in the best interests of the U.S. economy and the best interests of U.S. middle class families, and I'm confident the president will have ample opportunity to make this case to members of Congress over the course of the next year or so,” said John Earnest.