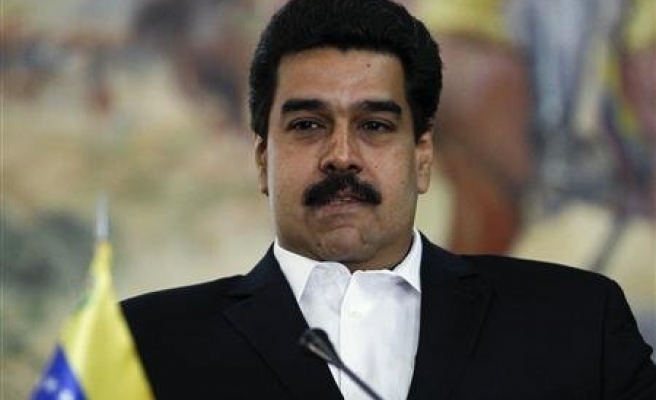 Serra, 27, known for his passionate and at times controversial speeches, was found dead in his home late Wednesday. His partner, Maria Herrera, was also killed in the attack, and unconfirmed reports say the pair was tortured. Initial reports indicated that the couple had been shot but the president said investigators found them stabbed to death.

"Terrorist groups backed by sectors of Venezuela's ultra-right and Colombian paramilitary groups are responsible for bringing violence to our country," Maduro was quoted by Agencia Venezolana de Noticias.

"I am in no doubt that there are paramilitaries coming from Colombia teaching these killing techniques ... It is a tough and complex battle that should lead us to refine (our) security procedures," Maduro continued.

The president made the comments in a long, emotional speech at Serra's funeral, which was held Thursday.

Serra was considered a rising figure in the governing United Socialist Party of Venezuela (PSUV), the same part of the president, and Maduro described the murdered politician as "one of the most standout political leaders of his generation."

Maduro said investigators are close to identifying those behind the killings and he described the murders as "calculated and meticulously executed."

Caracas metropolitan mayor Antonio Ledezma -- a member of the country's splintered opposition -- said Venezuela's "alarming insecurity" was heightened by the "issue of impunity.”

"They have been unable to stop the crime wave in the country," Ledezma told NTN24 news site, adding that he did not seek to "politicize" the murder. "Venezuelans are expecting a serious investigation."

Opposition leader Henrique Capriles has also attempted to link the double killing to rampant crime in Venezuela, for which the opposition blames the government.

According to figures from the United Nations, Venezuela has the second-highest murder rate of any peacetime nation, except Honduras. Human rights organizations say official homicide figures of 39 cases per 100,000 people are grossly underestimated, and that the true figure is 79.

Anti-government protesters earlier this year that saw demonstrators clash violently with security forces and led to more than 40 deaths, highlighted growing concern among the population over crime.