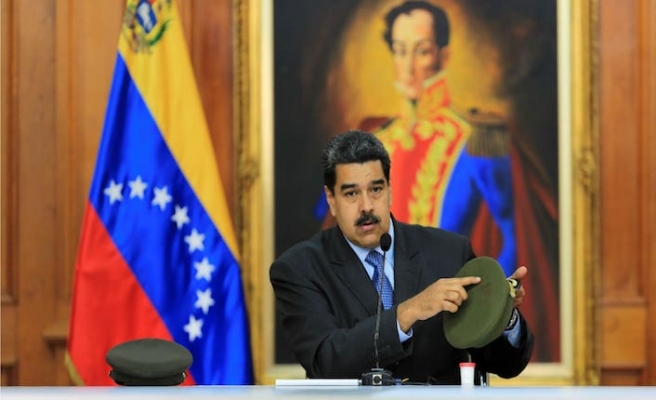 Venezuela's president praised Turkish history, people, and culture at an international book fair in the capital city of Caracas, expressing his affection for Turkey.

“We got to know Turkey and loved it,” said Nicolas Maduro late Thursday. “I can now say I love Turkey. I love Turkey’s history, its people, culture, beauty, and diversity.”

Turkey is guest of honor at the 14th Venezuela International Book Fair (FILVEN), which opened Thursday and will run through Nov. 18.

Speaking at the opening ceremony of the event, Maduro stressed that they invited Turkey to the fair to introduce the Turkish people, history, and beauty.

Visiting Turkey this May, Maduro sang the praises of popular Turkish TV series, Resurrection: Ertugrul, and later visited the set of the series in Istanbul, dressing up as a historic horseman.

Venezuelan Culture Minister Ernesto Villegas thanked Turkey for taking part in the fair with hundreds of books in Turkish, Spanish, and English.

Turkey will be introduced with many cultural activities through the end of the event, according to Turkey’s Embassy in Caracas.

Around 25,000 visitors are expected to visit the fair, which features 25 countries this year.