Quakes are common in Chile, the world's top copper producer, and its infrastructure is designed to withstand strong tremors 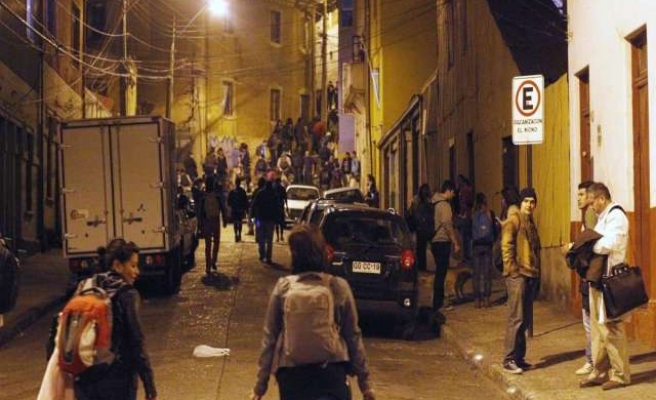 A strong, magnitude 6.6 quake hit central Chile on Saturday, shaking buildings and prompting power outages in the capital, Santiago, but not causing any major damage.

The epicenter was 31 miles (50 km) north-northeast of the port city of Valparaiso, the U.S. Geological Survey said. The quake, which the USGS originally reported at magnitude 6.3, hit at a depth of 20 miles (32 km).

The Chilean navy said there was no tsunami risk.

About 100,000 people in Santiago lost electricity, and there were also partial power cuts in the cities of Temuco and Valparaiso, said Chilean emergency service Onemi.

There were no reports of any structural damage, Onemi said. Quakes are common in Chile, the world's top copper producer, and its infrastructure is designed to withstand strong tremors.

State copper firm Codelco said its Andina mine, 50 km (31 miles) northeast of the capital, was operating normally. Most of the copper mines are in the north of the country, which was not affected by the quake.

The relatively shallow quake, which hit at 6:33 p.m. (2233 GMT), was felt as far away as southern Chile and western Argentina.