Iguala is about 120 miles (193 km) south of Mexico City in the increasingly violent state of Guerrero, the site of clashes involving students, police and armed men last week. 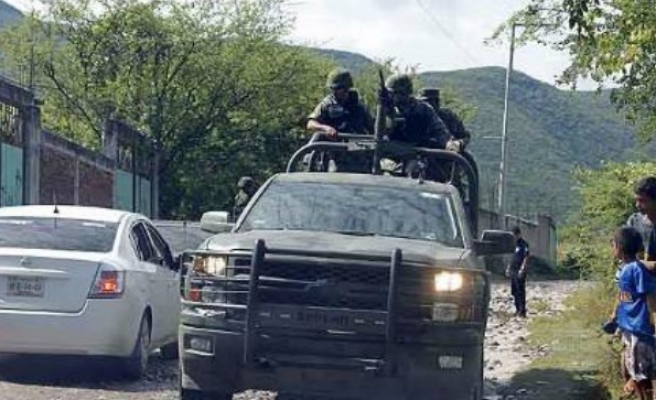 Authorities have found mass graves with the charred remains of up to 20 people in the restive southern Mexican state of Guerrero, at a time when police are scouring the area for nearly four dozen missing students after a rash of violence.

The remains were found on a hillside on the outskirts of the town of Iguala in six graves, which were still fresh, a local official said, speaking on condition of anonymity.

The identities of the dead were not immediately clear, two officials added.

Guerrero Attorney General Inaky Blanco told reporters in Iguala on Saturday that the remains would be sent to Mexico's forensic service to determine whether or not the corpses were those of the missing students.

He declined to say how many graves or corpses had been found.

"In the next few hours we will determine the cause of death and the number of bodies," a spokesman for the state attorney general's office said.

Iguala is about 120 miles (193 km) south of Mexico City in the increasingly violent state of Guerrero, the site of clashes involving students, police and armed men last week. At least six people were killed in a spate of incidents.

Guerrero Governor Angel Aguirre said earlier this week that photos showed police had taken some of the students away.

Several hundred students protested on Saturday night in front of Aguirre's residence in the state capital of Chilpancingo, expressing anger that some of their classmates may be among the bodies found in the graves.

A car was overturned and several petrol bombs were hurled at the residence perimeter, where security outposts were lightly damaged.

An police official said on Saturday that there was video footage of eight to 10 students being put into police trucks earlier in the week.

Twenty-two police officers were arrested in Guerrero on Sunday, accused of killing two students during the clashes last week.

Aguirre said on Saturday that a total of 30 individuals have now been detained in connection with the incidents.

Local government officials criticized the police for showing an excessive use of force with the students in Guerrero, where gangs have evolved from a fragmented drug cartel and are fighting turf wars.

Thirteen of an original group of 57 missing people re-emerged this week. Some had hidden, others had gone home. Dozens are still unaccounted for.

Many mass graves have been found across Mexico in recent years and months, the legacy of drug gang violence that has killed around 100,000 people since 2007.