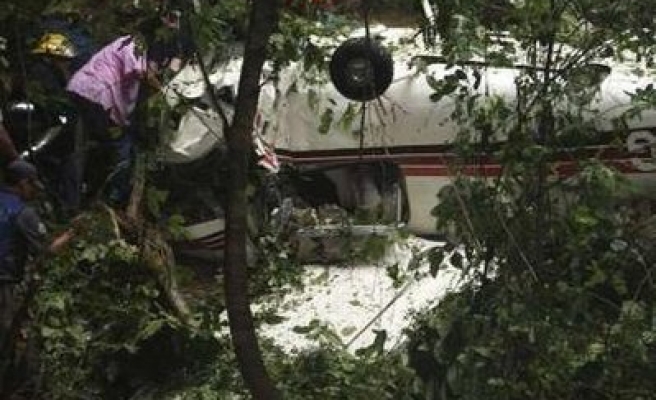 Two members of Mexico's Congress were among six people killed on Friday when their private plane crashed near a popular Mexican Pacific beach resort, officials said.

Guillermo Zavaleta and Juan Huerta, members of President Felipe Calderon's National Action Party, or PAN, died in the crash in Huatulco in the state of Oaxaca, the state prosecutor's office said.

The other three passengers, including a PAN mayor-elect and two aides, were killed along with the pilot.

Oaxaca Attorney General Maria de la Luz Candelaria told Reuters the plane took off from the state of Mexico, near the capital, and crashed shortly before landing in Huatulco without making an emergency call.

Bad weather in the area is suspected with contributing to the accident, she said.