The kidnapped mayor of a northern Mexican town was found dead, extending a rash of deadly attacks on political figures in an area besieged by drug gang battles. 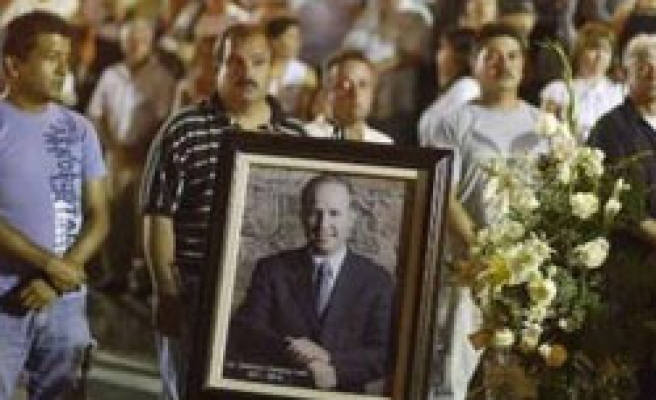 The kidnapped mayor of a northern Mexican town was found dead Wednesday, extending a rash of deadly attacks on political figures in an area besieged by drug gang battles.

Police have not determined a motive, but the assassination bore the hallmarks of drug cartels waging vicious turf battles in northeastern Mexico: Cavazos' hands were bound and his head was wrapped in tape.

Garza, the attorney general in the border state of Nuevo Leon, which includes Santiago and Monterrey, 140 miles (230 km) from Texas, said Cavazos was shot three times and accused drug cartels of being responsible for the killing.

Medina said this week that Cavazos, who took office last year, was probably targeted for his efforts to clean up Santiago's corrupt police force, part of a nationwide effort to curb endemic police graft.

"When the mayor took office, he told me that criminal groups had gone to see him, saying: either you join us or we eliminate you," Mayor Mauricio Fernandez told local radio.

Santiago, a popular weekend getaway for Monterrey residents, has also become a staging post for drug gangs smuggling narcotics north into the United States. Many capos have taken refuge in mansions nestled in surrounding hills.