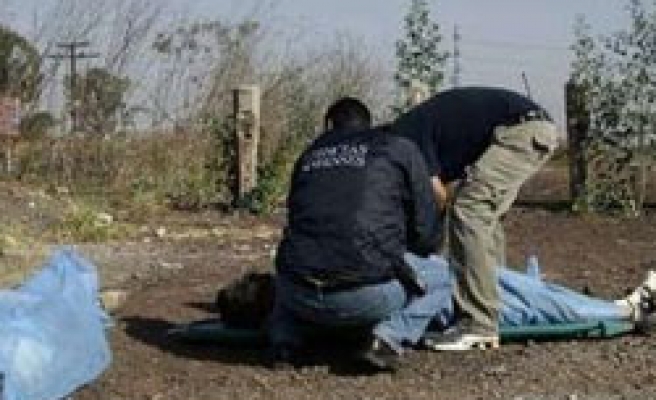 Mexican authorities arrested seven suspected drug cartel members believed to have killed 72 migrants heading to the United States, in what is said to be the worst massacre in the country's escalating drug war, the government said on Wednesday.

The victims, mostly Central and South American migrants, were kidnapped last month in the northern state of Tamaulipas by the feared Zetas drug gang. They were blindfolded and bound before being lined up against a wall and gunned down, authorities said.

"These seven people arrested in recent days are presumably part of the operational structure of the Zetas, responsible for the killings," national security official Alejandro Poire told a news conference.

"This will clarify fully what happened in San Fernando, Tamaulipas, and signifies an important step to halt attacks on migrants perpetrated by organized crime," he added.

The Zetas, made up of army deserters who joined the powerful Gulf cartel as gunmen, have split off from their former employers and are now fighting a fierce battle for smuggling turf in Tamaulipas state.

Violence has spiraled along the U.S.-Mexico border as increasingly splintered drug gangs move into new criminal enterprises like kidnapping and human trafficking. Migrants trying to slip into the United States from Mexico are increasingly at risk from drug gangs, police and analysts say.

One Ecuadorean survived the shooting with a serious bullet wound and managed to escape from the grizzly crime scene and alert marines to the location of the bodies.

More than 28,000 people, mostly traffickers and police but also politicians and children, have been killed since President Felipe Calderon took office in late-2006 and deployed thousands of army and federal police to attack cartels.

The spike in violence that includes car bombs and grenade attacks threatens to undermine the country's recovery from a deep recession if businesses or tourists are scared away, officials said.