A group of drug cartel inmates are believed responsible for the massacre of 17 people earlier this month, the Mexican government said. 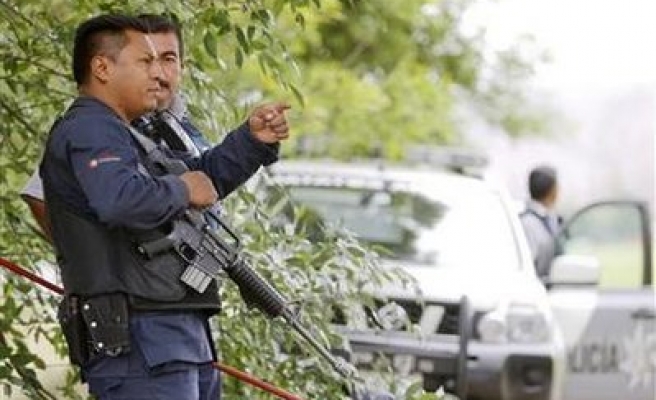 A group of drug cartel inmates who were allowed by guards to leave prison to commit murders are believed responsible for the massacre of 17 people earlier this month, the Mexican government said on Sunday.

Mexico's federal prosecutors' office said in a televised statement the prison staff, including the director, knowingly let out the inmates at the detention center in Gomez Palacio in Durango state.

"They were allowed to leave the prison and use the weapons of the guards in these executions using official vehicles," said Ricardo Najera, the spokesman for the federal prosecutors' office.

"These criminals carried out their executions as part of the settling of accounts between rival gangs and disgracefully these cowardly criminals then murdered innocent civilians on their way back to their cells."

Drug gang hitmen in five sports utility vehicles stormed a birthday party in the northern city of Torreon on July 18 and gunned down 17 revelers with automatic weapons. Another 18 people were wounded in the attack.

Two prison guards have so far been detained in the investigation into the case, Najera said.

Torreon is one of the northern cities at the heart of the struggle between rival drug gangs to control smuggling routes into the United States.