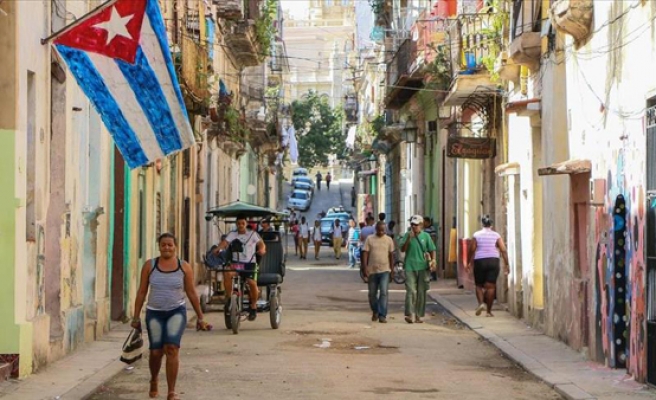 Mexico has so far issued 4,717 humanitarian visas to Cuban nationals in 2016, according to the figures released Tuesday by the National Institute of Migration.

The visas allow Cubans to remain in Mexico for 20 days – usually enough time to reach the U.S. border. In November, about 8,000 Cubans who tried to reach the U.S. found themselves trapped in Costa Rica after Nicaragua closed its southern border.

In January, Mexico decided to issue humanitarian visas to the Cuban nationals that aimed to “provide an orderly flow of migrants in an extraordinary circumstance”.

Cubans have traveled for decades through Central America in order to reach the United States, where they seek asylum.

Since 1966 the U.S. has offered refuge to migrants fleeing Cuba’s communist system.

But recent warming relations between the U.S. and the Caribbean island has lead many to fear Washington could revoke the policy.

Mexico said Tuesday that 248 Cubans arrived from Costa Rica at the Nuevo Laredo airport, a city on the border with the United States.

The National Institute of Migration plans to issue more than 7,000 humanitarian visas this year to Cuban migrants in Central America.