"Enforced disappearances" are those linked to detention or abduction by state agents such as police or security forces, or their allies, who conceal the victim's fate. 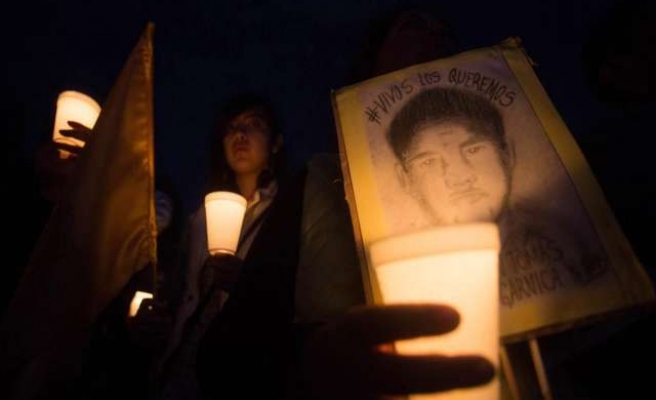 A United Nations watchdog called on Mexico on Friday to probe and prosecute alleged complicity of state forces in thousands of "disappearances", including a notorious case of 43 students believed murdered last year.

Mexico's delegation told the U.N. Committee on Enforced Disappearances at a review last week that 11,300 people were unaccounted for. Amnesty International said in a statement that more than 22,600 had gone missing in the past eight years amid "a huge problem of impunity".

In their findings, the committee's 10 independent experts said they had received information that "illustrates a context of generalised disappearances in a great part of the territory (of Mexico), many of which could be qualified as enforced disappearances".

"Enforced disappearances" are those linked to detention or abduction by state agents such as police or security forces, or their allies, who conceal the victim's fate.

"The state has informed us that in contrast to the thousands of enforced disappearances that we assume ... there are exactly six persons put to trial and sentenced for this crime," committee member Rainer Huhle told a news briefing.

The panel urged Mexico to establish a special prosecutor's office to lead investigations and prosecutions.

It said Mexican authorities should step up searches for all missing, including migrants from Central America who have vanished on their way to the United States, and share DNA samples from unidentified bodies.

In a statement, Mexico's government said it was fully committed to improving the way the country handles disappearances.

Mexico's Attorney General Jesus Murillo has said there is no doubt that the 43 students were murdered last September and their remains incinerated and dumped into a river in the nearby town of Cocula.

Officials say they were abducted by corrupt police officers, who handed them over to a local drug gang. The former mayor of the southwestern town of Iguala has been arrested.

Parents of the students met the U.N. panel to appeal for help in seeking justice, saying they had no faith in the government's ability to investigate the crime.

"The grave case of the 43 students subjected to enforced disappearance in September 2014 in the state of Guerrero illustrates the serious challenges Mexico is facing in terms of the prevention, investigation and punishment for enforced disappearances and searching for the disappeared," the U.N. panel said.