Ten people have been murdered in the first two days of June in the state of Michoacan. 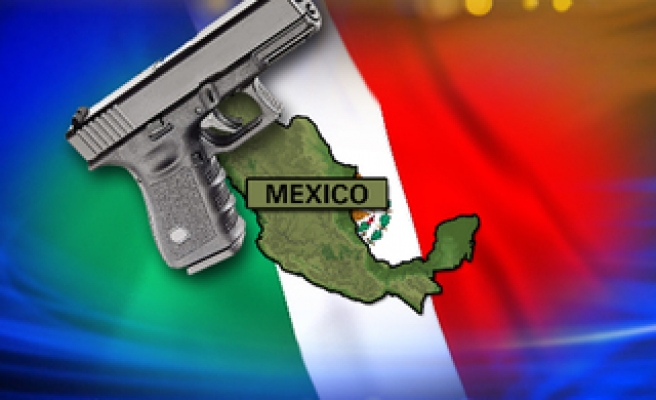 Mexico's Secretary of Finance and Public Credit, Luis Videgaray, announced a $3.6 billion plan to fight against violence and develop the economy in the state of Michoacan.

Videgaray made the announcement on Tuesday, accompanied by the local governor Fausto Vallejo and the Special Comissioner for Peace in Michoacan Alfredo Castillo, who was specially sent to the state by the Mexican President Enrique Pena Nieto in January.

The violence in Michoacan is still intense. According to the government, in the first quarter, more than 270 murder cases occurred in the state and there have been 11 persons assassinated in different municipalities just in the first two days of June.

“In the last months, Michoacan have had a remarkable transformation. A few months ago, Michoacan was in every newspaper as a zone of disaster. The Michoacanos have shown to Mexico that it is possible to recover the rule of law, peace and development,” said Videgaray.

Videgaray said that the plan would support productivity and education, promote modern infrastructure, improve health care services and promote social development and sustainability in the state.

11 dead in two days in Michoacan

The state of Michoacan started June with 11 people murdered in different municipalities, according to the Office of Local Attorney.

Last Sunday afternoon, an armed group arrived to a soccer field in the neighborhood of Los Pozos, in the municipality of Paracho. Four men with guns assassinated other three men and injured one.

On Sunday, in the municipality of Los Reyes, a group of armed men killed a man right in front of his family without a confirmed motive.

Later on Sunday night, there was another armed conflict between a group of federal police and drug dealers in the municipality of Turicato. Two men from the dealer side died.

On Monday morning, local anti-kidnapping unit found the body of a person who was previously abducted.

In the afternoon, an armed group killed three men with assault guns and injured one more in a bar in Morelia, capital of Michoacan.

Also in Patzcuaro, on Monday night, a 16-year-old boy was killed by his father-in-law after an intense fight, said local police.