Mexico seizes tonnes of minerals in port plagued by gangs 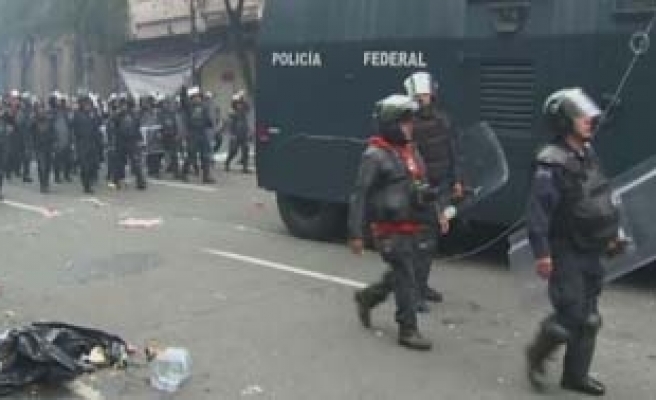 Mexico seized more than 119,000 tonnes of minerals suspected of being part of illegal export operations in a port where a powerful drug gang allegedly has been shipping iron to China, the government said on Monday.

More than 400 federal agents, police and military personnel raided 11 sites around the Pacific port of Lazaro Cardenas in the state of Michoacan, and troops seized minerals without proper documentation, Alfredo Castillo, the federal government commissioner in the state, said in a statement.

The Mexican Navy took over the port in November to combat an illegal iron ore exporting business to China allegedly run by The Knights Templar drug cartel.

Six Chinese citizens were detained in the raid and 124 heavy machines such as bulldozers were seized, Castillo said, adding that the government was carrying out tests to determine what mine the minerals came from.

Michoacan has been shaken by conflict between The Knights Templar and heavily armed vigilantes. The bloody feud has become one of President Enrique Pena Nieto's biggest security problems.

The state is Mexico's top producer of iron ore, and the port has drawn Chinese traders who ship steel to their homeland.

The Knights Templar already had broadened out from the drug trade to extortion, and security experts have said they are hoping to expand their revenue base with more legitimate-looking businesses.