Moving the country's army and navy in areas to combat organized crime has helped to spike the increase in torture, according to a human rights group. 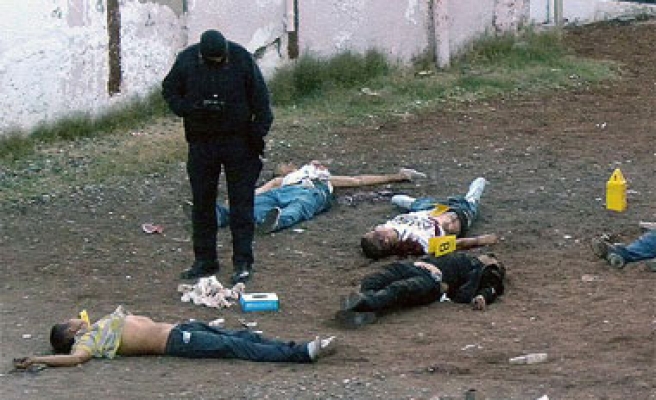 Claims of torture in Mexico have increased 600 percent during a 10-year period, according to a human rights group.

Amnesty International says that between 2003 and 2013 torture in the country exploded, in part, due to the large-scale deployment of the army and members of the navy in recent years to combat organized crime, according to its report “Mexico: Out Of Control: Torture And Other Ill-Treatment In Mexico.”

The 94-page report found that “torture is often used to extract ‘confessions’ and testimony serving as evidence to prosecute people who may or may not be involved in a crime.”

The results are unfair trails and suspect convictions where innocent civilians become inmates while the guilty go free.

Despite the “relatively rigorous” Mexican laws on the prevention and punishment of torture and other ill treatment, authorities continue to tolerate the widespread use of torture and abuse, report said.

"The authorities cannot keep looking the other way. Investigations into allegations often downplay the severity of abuse," said Erika Guevara, director of Amnesty International Americas, during the presentation of the report.

The organization said that of the few complaints of torture that are reported, are poorly investigated and are in breach of international standards set by the Istanbul Protocol.

Mexico was chosen as a case study because Amnesty has seen “a worrying increase” of torture cases in the country in the past decade, said Perseo Quiroz, the organization’s president in Mexico.

In 2003, the National Commission of Human Rights received 219 complaints of torture and other ill treatment. In 2013, it received 1,505, according to Amnesty.

Arbitrary arrests and the use of false evidence are often closely linked to the use of torture and other ill treatment, Amnesty said.

Research found that different forms of torture are systematically reported from different parts of the country, including partial suffocation, beatings, sexual violence, death threats and electric shocks, among others.

The report also says that cases of torture increased substantially from 2006, when former President Felipe Calderon launched a “War on drugs.”

Calderon’s initiative involved moving the army and navy to various parts of the country to fight organized crime gangs.